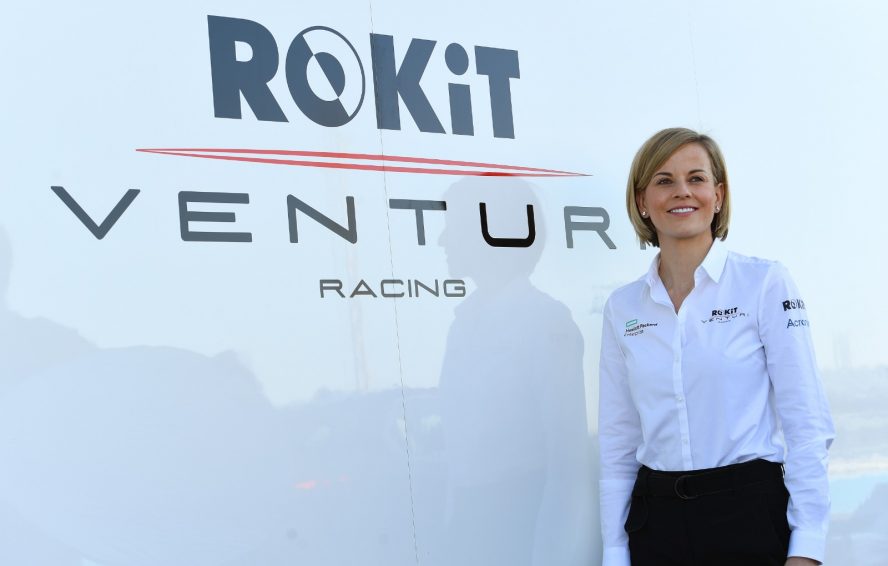 The Scottish former F1 test driver will step down as CEO

Susie Wolff has announced that she is stepping down from her position as CEO of ROKiT Venturi Racing and leaving Formula E altogether.

The 39-year-old joined Venturi as Team Principal in the summer of 2018 before moving into the role of CEO late last year.

Her time in the hot seat can only be considered a success. The Monegasque team enjoyed their most successful ever campaign in the series this season, finishing second in the teams’ championship with driver Edoardo Mortara in title contention for much of the year before ultimately finishing third.

Mortara won the season finale in South Korea on Sunday, and two days later Wolff took to social media to announce her departure.

“As the most successful season in Venturi FE’s history comes to an end, so does my personal journey with the team and Formula E.”

A new partnership for 2022 and beyond

Venturi will join forces with Maserati for the 2022-2023 Formula E season, with the legendary Italian marque supplying powertrains to the team.

This ‘new chapter’ was also referenced by Wolff in her statement, as she spoke of the goals she had set out for herself when embarking on her Formula E journey, and the challenges she has had to overcome.

“I leave with immense pride in the solid foundations we have built together, as the team begins a new chapter with Maserati.

“When I joined Venturi FE, my goal was to build a team that was not just successful on track, but stood for a greater purpose.

“A racing family that celebrate diversity and championed inclusivity. While that journey still continues, I’m so proud of the progress we’ve made.

“Little did I know four years ago the scale of the challenges we would face as a team.

“It was these tough moments that defined the resilience, faith and trust that we have built in each other: to come from racing at the back to consistently fighting for victories and titles.

“Thank you Gildo Pastor for your vision and belief in the team. Also Alejandro Agag and everyone in Formula E for four great seasons of racing.

“And finally, to my team Venturi FE, it was an honour to have led and represented such a talented and motivated group of people.”

Wolff’s next move remains unknown, with her husband Toto’s Mercedes team also leaving Formula E before next season sees the dawn of the third generation of cars.