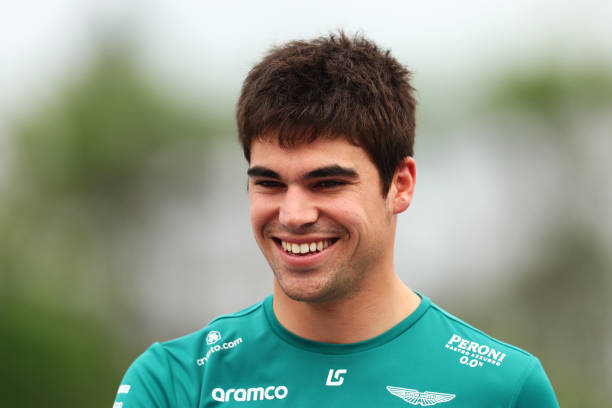 MONTREAL, QUEBEC - JUNE 16: Lance Stroll of Canada and Aston Martin F1 Team walks in the Paddock during previews ahead of the F1 Grand Prix of Canada at Circuit Gilles Villeneuve on June 16, 2022 in Montreal, Quebec. (Photo by Clive Rose/Getty Images)

Could we see Lance leave Aston Martin in the near future?

Lance Stroll has said his lack of confidence is compromising his season, but Johnny Herbert has said that Lawrence Stroll should consider dropping Lance.

The 2022 Formula One season has been particularly tough for some drivers and teams. Mercedes have suffered from porpoising; Daniel Ricciardo has struggled to get to grips with the McLaren car, and Lance Stroll has battled with underperforming.

Stroll is currently only on three points in the Drivers’ Championship, placing him 18th. His teammate Vettel is in 14th on 13 points, despite missing the first two rounds of the season due to Covid-19.

The Canadian’s highest race result is 10th, which he achieved in Imola, Miami and Montreal. His qualifying results have not been as good as he would have liked this year. In Miami, he qualified P10, and in Imola he qualified P15. However, every other race saw Stroll out in Q1.

Earlier this season, Team Principal Mike Krack, spoke about the unpredictability of the AMR22. He said this was affecting both Vettel and Stroll, but the Barcelona upgrades should have addressed this.

Whilst this may be the case, Stroll has said that he is still struggling. He noted that the team are “always learning”, but for him, he wants “to get into a better more comfortable place with the car.”

He continued saying: “I still feel like I’m not really that confident in the car and feeling very precise, and just predictable in the car. I think I’ve still got to keep working to get back to the place that felt like I was in last year, or the year before, where it was just more predictable and more comfortable.”

Stroll told Motorsport.com that the main issue for him is the “car characteristic” because “they are very stiff.” He knows that there’s an issue, but he said the whole team have “just go to keep working and understanding.” 2022 is “definitely more challenging this year…to get into a happy place and rhythm.”

Stroll is determined to improve his performance and confidence with the car. But, former F1 driver Johnny Herbert has advised Lawrence Stroll to consider releasing his son from the team.

On the F1 Nation podcast, Herbert commented on the “difficult time” Stroll has had lately. He said that there comes a certain time, where if things don’t work for Stroll, then “Lawrence has got to say to his son; ‘I’ve given you a chance, it isn’t quite working out, now I have to do the right thing for the team.”

Stroll is currently out-qualified 6-1 compared to Vettel. This makes Herbert believe that “there will be a point” where Lawrence has to let his son go. For now, “it is down to Lance to do the job that he needs to do and consistently do that job.”

Who would take Stroll’s place?

If Stroll was to leave Aston Martin, there would then be a spare seat on the F1 grid. Herbert also gave his thoughts on a potential replacement.

He said that Pierre Gasly would be the best driver to take Stroll’s seat. Last week, it was confirmed that Gasly would remain with AlphaTauri for the 2023 season. However, Herbert believes the Frenchman should follow in Ricciardo’s footsteps.

“He has to do what Daniel did, break away. I think he should be straight there already making enquiries for exactly what they want to do and say, ‘Yeah, I’m ready and willing to come onboard.”

The next round of the season is Silverstone this weekend. Stroll will be looking to show his worth and prove that he deserves his seat and hopefully feel more confident in the car.

The British Grand Prix weekend is not only Formula 1, but Formula 2, Formula 3 and W Series as well. At the moment, Max Verstappen leads the championship, but will that be the case after Silverstone?