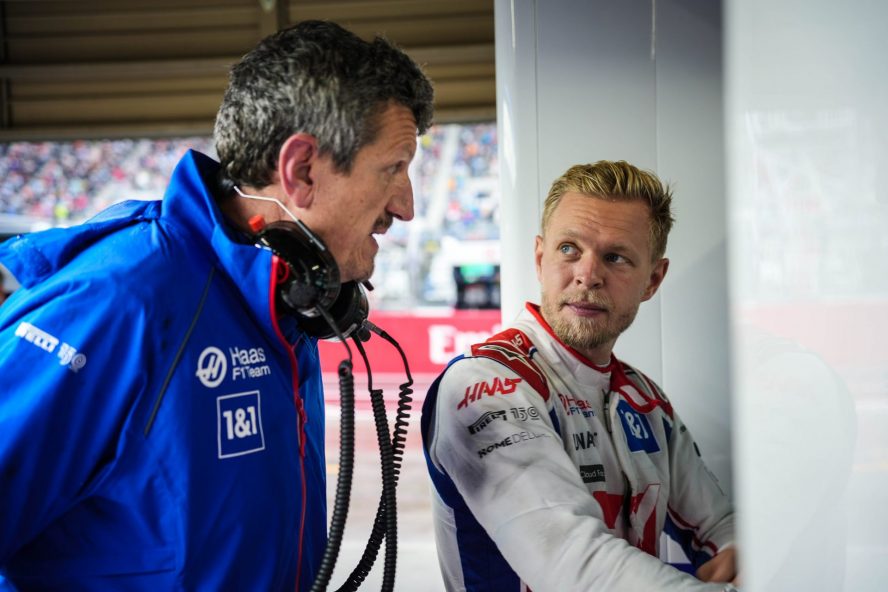 Guenther Steiner has called for more sprint races to be introduced as an alternative to any further additions to the Formula 1 calendar.

In 2022, the F1 circus is set to tour a joint-record 22 tracks, with this number rising to 24 next year, but rumours continue to swirl about more new circuits joining the party.

Talks over a potential Caribbean Grand Prix emerged last month, and though a deal for F1’s return to South Africa has stalled, racing in Africa is still being seen as a priority.

With F1 President Stefano Domenicali setting a 24-race limit, and much of the paddock opposed to breaking this, Steiner says extra sprint races could be the answer.

“I think Stefano said it, the limit is 24,” Steiner told GPFans. “Again, it is 24 plus six sprint races. The sprint races, for us, are not more work.

“You get more out of the race weekend for the spectators because you have more races on a weekend, it is a good thing.

“The next step is not that we have more races but we have more sprint races. This is what we should be doing, because we are there anyway, and we give additional value without extending what we are doing.”

While not known as a man to mince his words, Steiner’s remarks have unwittingly seen him step straight into the middle of F1’s fierce sprint race debate.

Last month, it was announced that F1 will feature six sprint races from 2023 onwards, a three-race increase on the format that was adopted in 2021.

The decision initially drew criticism from fans on social media, with many echoing George Russell’s criticism at Imola, where he said the sprint “felt processional” due to a lack of racing action.

However, Steiner says “sprint races are more work but they are not a lot more work.” As such, the Haas Team Manager believes introducing a sprint in place of practice would give fans a “more exciting Saturday” each race, while offering an alternative to adding more tracks.

Steiner highlights logistics as the main reason for his opposition to expanding the calendar further, as “on a human level, it’s getting more difficult.”

While F1’s top teams have begun to rotate to give on-the-ground staff weekends off in recent seasons, Steiner says Haas haven’t been able to do so.

“It is pretty tough, yeah, but this is part of the job. I don’t want to make it sound easy, because I know how much effort it is. But the curfew is getting longer so there is relief on that side as well.”

By Jasmine Hughes9 hours ago

How close is an F1 expansion?

While speculation continues to rise that F1 owners Liberty Media will seek to cash in on the series’ growing appeal via the addition of more races, next year’s schedule has already been settled.

As well as three extra sprint races, the confirmed 2023 F1 calendar will see the introduction of new rounds in Las Vegas and Qatar in October and November, respectively.

Yet, despite proposals to race in Colombia, China and South Africa not coming to fruition, rumours remain aplenty that new rounds are on the horizon.

According to recent reports, Saudi Arabia is open to a second race in the country, while F1 itself has done little to distance itself from reports of an expansion.

In a Domenicali interview with Sky Sports last month, the Italian said returning F1 to Africa remains “a very clear target”, with South Africa’s Kyalami circuit still a potential option for doing so.

“We need to make sure when we do something new, that it has to be with the right partners and [have the] stable fundamentals to stay longer,” said Domenicali. “It would be wrong to go there one year and then disappear if the conditions aren’t done properly.

“It’s a matter of having the right financial assets, but also having the site ready for the weekend that we want to host in that place.

“The only thing that I can say after the first contact with Kyalami, is that there are other places in Africa that are interested in Formula 1. “That’s a very clear target: Africa will come back and hopefully very soon on our calendar.”