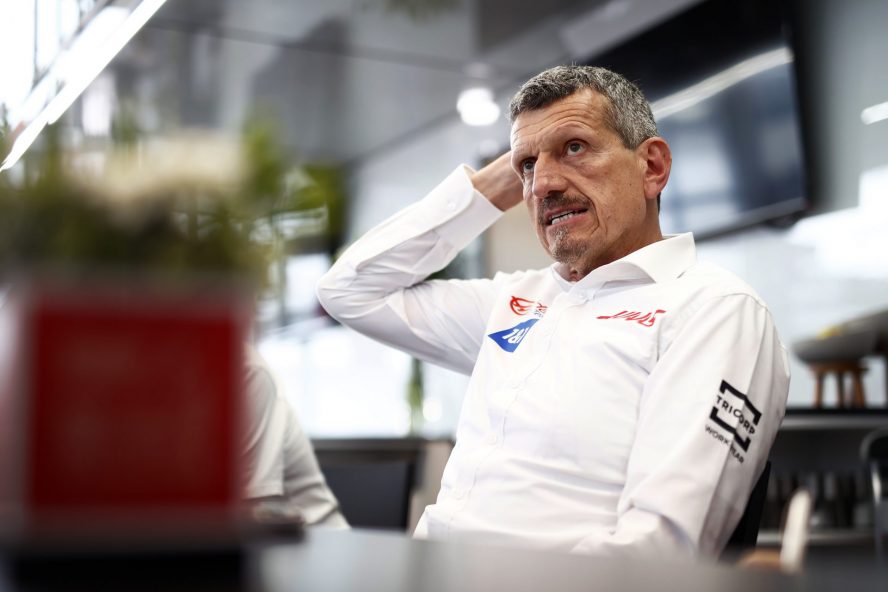 Haas Team Principal Gunther Steiner recently opened up to discuss Mick Schumacher’s future within the American team.  Doubts still surround the German’s presence on the grid in 2023 but Steiner admits no announcement is to be expected during the summer break.

Mick Schumacher’s first season in Formula 1 was all but easy with a car that did not allow the rookie to fight for much. His second season, on the other side, had a difficult start but proceeded to then also show some sparkles of talent. Amid the negotiations with his current team Haas, however, Schumacher had also proceeded to enter talks with Aston Martin Cognizant F1 Team to replace fellow German Sebastian Vettel in 2023, following the 4-times World Champion’s retirement at the end of the season.

Consequently to Aston Martin’s announcement that 2-times World Champion Fernando Alonso will take the seat left empty by Vettel, RTL now reports talks between Haas and Mick Schumacher have also suffered a halt. In particular, according to the German media: “Schumacher will not get a new contract with his Haas team during the summer break as team boss Guenther Steiner is no longer in a hurry to negotiate an extended contract with the driver”.

Not denying the fact, Haas Team Principal Gunther Steiner has now clarified the pause in the negotiations simply follows the team’s usual approach, as reported by Racer: “We never decide the driver before the summer break and we will not do so this year. Obviously, I will start to speak with Gene over the summer break and then you know how we do it — you will ask again at the next race in Europe and then we will tell you some time in the end of September or October what we are doing, and the same will be happening this year hopefully.”

The German, who can count also on the support of Ferrari as part of Maranello’s Academy, is free to leave Haas but Steiner clarified the Prancing Horse won’t affect his decision regarding drivers: “No, we don’t have to wait to see what Ferrari says. “.

“At the end of the day I don’t know the real deal between Ferrari and Mick — and I don’t need to know. If he decides to go somewhere else, I cannot change it. Only Gene and me are involved in that process.”

Mick Schumacher’s future in the sport looks set to be a new piece of the puzzle among the chaos of the 2022 silly season. Will the German retain his place at Haas or could the drivers’ market see yet another twist?