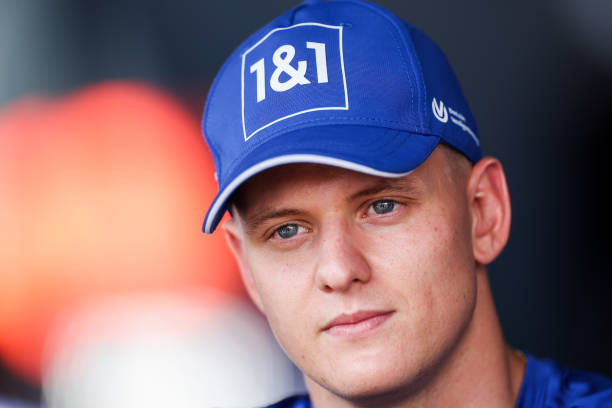 It has been a turbulent season for the son of the seven-time world champion. Major crashes cost the team millions before he went on to score his first F1 points at Silverstone.

With so many young drivers lusting after a seat, there are doubts over whether Schumacher will race next year.

As reported by RacingNews365.com, contract talks have not yet begun between Haas and Schumacher.

The silly season has gone off the rails this year, with Alpine’s dealings with Oscar Piastri and Fernando Alonso causing chaos. The Spaniard will replace the retiring Sebastian Vettel at Aston Martin, taking a seat that was rumoured to be saved for Schumacher.

However, Steiner is adamant that complications in the driver market are not affecting any future deal with the German.

“I don’t really know what Mick has done, and we have not spoken about a drive for next year with Mick,” said Steiner.

“This Aston Martin thing happened very quickly and so nobody had time to really think about it, but there were rumours he [Schumacher] could replace Vettel, but that went away pretty quick.

“We didn’t look at what other people were doing.”

As Schumacher has strong ties to Ferrari, Steiner also admitted that any contract talks would be decided alongside them.

Who, if anyone, could take the second Haas seat?

With Kevin Magnussen on a multi-year deal, only one seat at Haas will become free for the next season.

A crucial factor is that Steiner is not obliged to sign a Ferrari-backed driver for 2023. This free choice could generate a lot of interest in that second seat.

Looking at the Ferrari-related options, Antonio Giovinazzi could make a shock return to F1. As Haas’ reserve driver, he is an attractive option – he has the experience and has kept his foot in the door since leaving Alfa Romeo.

Of course, everyone likes to hear that super-sub Nico Hulkenberg is an option, as always. But if you believed every rumour, he would be racing for almost every F1 team next year.

What about the potential rookies Steiner could consider? After Theo Pourchaire announced yesterday that he will not be competing in Formula 2 next year, he could be searching for an opportunity. If not him, his title rival Felipe Drugovich has no ties to F1. He has shown himself to be an extremely talented racer, and it would be a shame if this was to go unnoticed.

Schumacher recently commented that he is “ready” for a move to Ferrari. However, Carlos Sainz and Charles Leclerc look like a fairly strong duo. It’s difficult to predict when, if ever, the Haas driver could be promoted.

According to AS, Schumacher said: “I have grown up with Ferrari since 2019 and I know the procedures. I would be delighted to show what I am capable of.”

Despite his optimism, staying at Haas looks like the most likely way for him to remain in F1. If Mick wants to retain his seat, he needs an impressive run of results to prove his worth to Steiner.