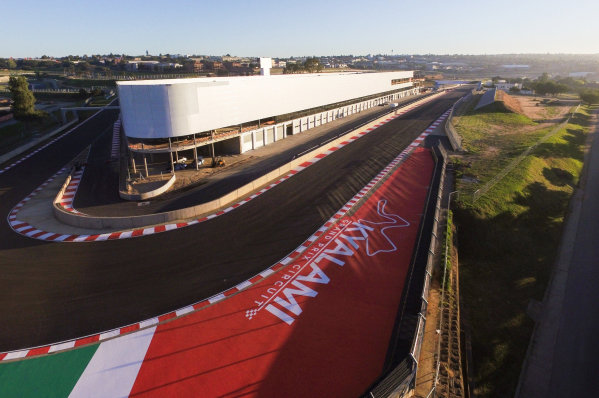 South Africa could be back on the Formula One schedule after a 29-year hiatus.

Formula One has added extra venues onto their roster for races. We saw the Miami Grand Prix a couple of weeks ago and Las Vegas will be on the calendar for 2023.

The CEO of the sport, Stefano Domenicali, said earlier this year that Formula One has the potential to have a 30-race season. He commented on the possibility of having that number of races due to the high volume of countries who already have circuits, and those that want to host.

If Formula One was to return to South Africa, the race would be held at Kyalami. But the continent of Africa is unknown to Liberty Media, being the only continent without a race on the current schedule.

Comments about returning to Africa

Stefano Domenicali mentioned the “potential” of having a race in Africa, saying “there is a lot of interest there”. Since then, he has confirmed to The New York Times that a deal could be reached for the sport to return to Africa.

The CEO said: “We have two options for a new race, and the most likely to hopefully happen soon is South Africa.” He continued saying that it is a “part of [their] agenda” to see the continent back in F1.

“There is a commitment to see if this could be on the calendar as soon as possible.”

The owner of Kyalami, Toby Venter, shares a similar view to Hamilton and Domenicali. Venter told Wheels24: “We want to have a race in Africa.” He said that “if the money is there, the race will happen. And, if F1 is desperate to race in Africa, even without the money, we have the track.”

Kyalami looks to be the popular venue to host a South African Grand Prix. However, Liberty Media have hinted that Johannesburg could be the venue. Greg Maffei, CEO of the company, said:

McLaren’s CEO also expressed his desire to race in Africa. Brown said that Africa is a “great market”. He commented on the “great place” Formula One is in in America, but also spoke about the return to Asia.

Singapore and Japan are back on the calendar for 2022, but Brown said “it is unfortunate with Covid that [F1 is] missing China again.” He added that he would “like to see [F1] continue to grow in Asia.”

With talks being held within Formula 1 and Domenicali’s comments, it is likley that we could have confirmation of a return to Africa very soon.