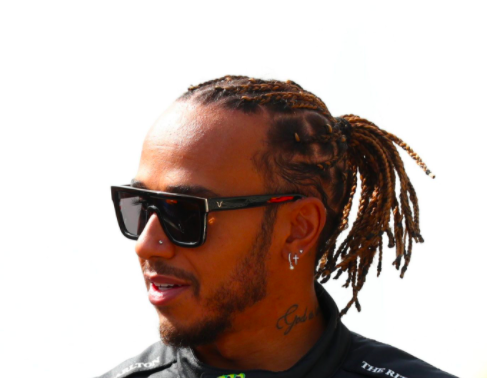 The seven-time champion got a 10-second penalty from a controversial collision with Max Verstappen during the opening lap of the race that ended up with the Red Bull driver being taken to the hospital. The Dutchman has since been released from the hospital.

Mercedes, Formula One, and the FIA condemned the abuse in a released statement, “These people have no place in our sport. We urge that those responsible should be held accountable for their actions. Formula One, the FIA, the drivers, and the teams are working to build a more diverse and inclusive sport, and such unacceptable instances of online abuse must be highlighted and eliminated.“

Mercedes team principal, Toto Wolff told BBC Radio 4, “We have seen it in the football in the European Championship and the abuse that is absolutely not acceptable, and the same yesterday, and I still question whether some just don’t get it. This is not acceptable and we will react to it.“

Christian Horner, Red Bull Racing team principal posted on Instagram, “Whilst the rivalry is intense on the track for the championship, highly charged emotions should never cross the line into racist abuse. We have a zero-tolerance approach to racist behaviour within our team and I personally feel strongly that those responsible for this sort of abuse should be held to account. We will continue to support the FIA and F1 in order to eradicate this from our sport.“

Social media platforms state that they remove abusive comments and safety features are in place through filtering comments and message control systems.

Sparking conversation especially around sports is essential to building communities. It’s important that all users remember to respect everyone on Facebook, Instagram, Twitter, and other social media platforms. Additionally, social media platforms should hold those users accountable who do not follow community guidelines and policies.

Recently, the UK government dealt with some users who were abusing footballers online and banned them from attending football matches. Maybe we will see similar actions taken in Formula 1? Let us know your thoughts in the comment section.