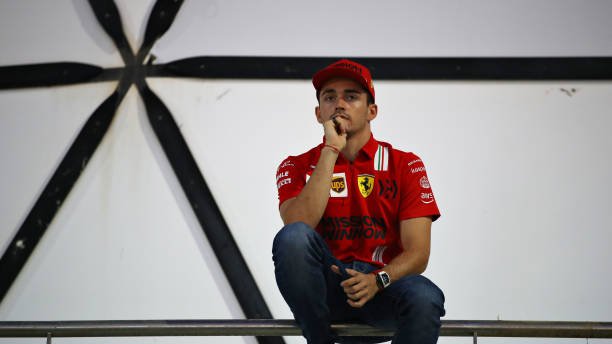 Should Leclerc receive a penalty for the British GP?

Alonso believed that Charles Leclerc should have received a penalty for excessive weaving.

During the extremely exciting battle between Charles Leclerc, Sergio Perez and Lewis Hamilton, there were two drivers who had the perfect view. Lando Norris and Fernando Alonso.

The pair managed to keep up with the battle and were always seen in the same shot as the others. All this happened when Carlos Sainz streaked into the distance.

Alonso ended up coming home in P5, a very impressive result. However, the Spaniard believed that his result should have been moved up to P4. The reason? He believed Leclerc weaved excessively in defense to Lewis Hamilton’s moves.

In conversation with Motorsport.com, Alonso admitted that he was originally hoping for a podium. He commented that he “was hoping two cars maybe they touch each other, and the podium was there for us”.

I have to say it is going to be P4, because I saw Charles moving three changes of direction on the back straight, defending from Lewis.

Alonso had one of the best views of the battle as he was sitting just behind the trio. Commenting on his own battle Alonso admitted that he was happy with P5. “It was good to overtake Lando at the end, as I said P5 is mega.”

Alonso also admitted that the battle kept him very much entertained.

It was really fun at the end.

He also said: “obviously we were not in the fight, but we were just behind, and saw all the action in front”.

Fernando Alonso also gave his respect to the drivers involved in the battle as they all kept the racing clean with little contact. “they raced very hard, but with a lot of respect. So still fun to watch from behind”.

Alonso is one of the most respected drivers in the sport so these comments would have meant a lot to old rival Hamilton and also Leclerc and Perez.

“I did it once in Canada and I had five seconds on the last lap, so I guess three movements are not allowed.”

Much to Alonso’s dismay, the penalty never came and the results remained the same.