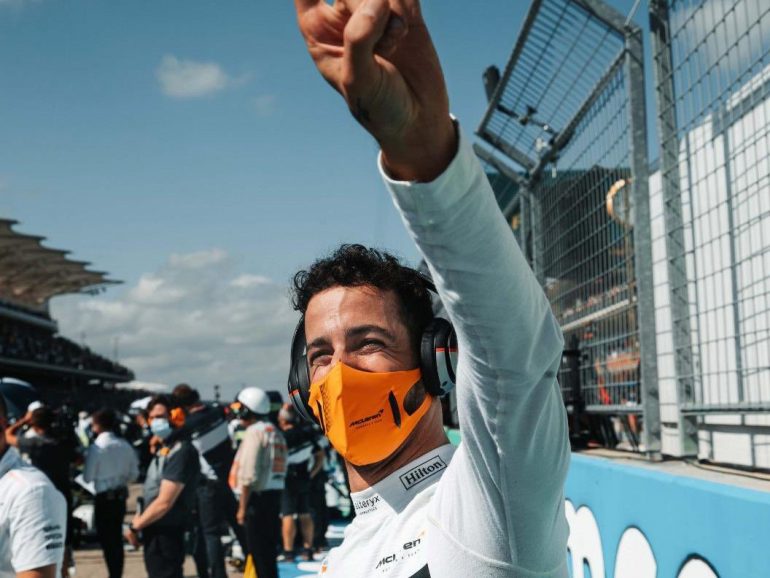 Seidl on Ricciardo ‘US GP best weekend with us’

Daniel Ricciardo’s fifth-place finish in the United States Grand Prix was his best performance with McLaren, according to team boss Andreas Seidl.

Starting from 6th, the Australian made an early, punchy move on Carlos Sainz’ for P5, before putting up a strong defense in the latter part of the race to keep the position. Ricciardo has proven his defending abilities in the McLaren on several occasions this year, and bagged his first win with McLaren in Monza. Whilst the 1-2 in Italy was a massive success for Ricciardo, and the entire team, Andreas Seidl feels Austin topped that in terms of performance.

“It was definitely a very strong weekend from Daniel,” Seidl said.

“I’m very happy with what he could pull off this weekend and was also a great performance from his side today to keep Carlos behind the entire race and being under massive pressure.”, he continued.

Ricciardo’s performance has improved after the summer break, as he’s continuing to get used to the McLaren and adjusting his driving style.

“It’s just another confirmation that since the summer break he continuously improved and felt more comfortable in the in the car, which is good,” Seidl said.

“I think, and he’s saying himself, I don’t think he’s fully comfortable yet with our car in any condition, or track layout, or situation,” he added when asked by Speedcafe.com what more is to come from the eight-time race winner.

“But at the same time again, it was a great weekend from his side here in Austin, and very strong drive to the end in the race where he showed why we wanted to get him on board and get him to McLaren.”

In comparison to constructors’ championship rivals Ferrari, both Ricciardo and Norris struggled for pace at the Circuit of The Americas. Leclerc and Sainz both qualified ahead of the McLaren pairing, and managed to get more points in the race than McLaren.

“We need to be absolutely happy with the outcome of today’s race because I think we have maximised everything that was possible for us today, or even more,” Seidl said.

“We finished ahead of one Ferrari while both Ferraris have been clearly quicker all weekend than us, so that’s an achievement.

“To keep Valtteri [Bottas] behind in the race is also something which we wouldn’t necessarily expect.

“So based on that, accepting the reality that Ferrari was simply a lot quicker this weekend than us, it was a well-handled race by the team, by both drivers, and [we] achieved what was on the cards for us today.”

McLaren now leads Ferrari by only 3.5 points in the constructor’s championship, with 5 races left in the season.