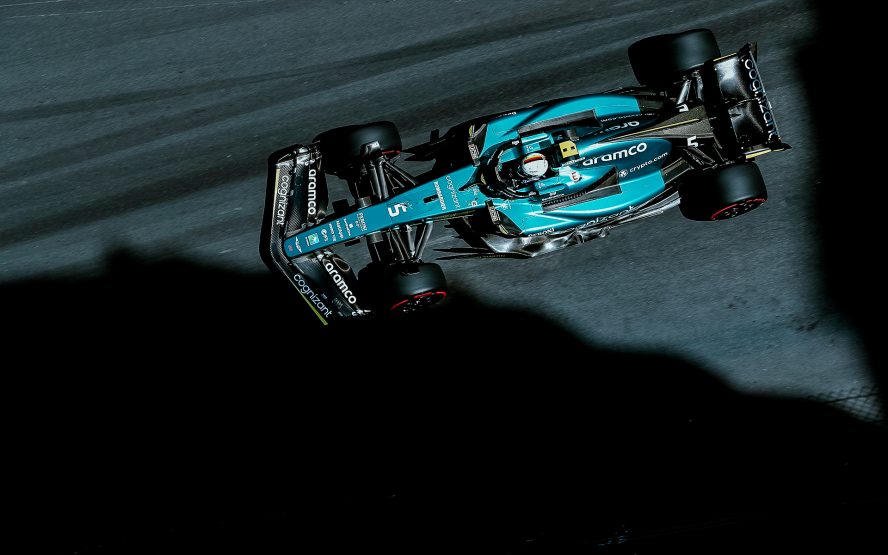 Sebastian Vettel was candid in his review of his Monaco Grand Prix. Whilst he recovered well to score a point, he was quick to point out where he came undone.

The four-time champion started in P9, but his strategy and a less than perfect opening phase saw him shuffled down the order. One of the first onto intermediate tyres, he was able to work his way up the order as others came in.

Whilst he finished P11 on the road, his Aston Martin was the beneficiary of Ocon’s five-second penalty. When applied retrospectively after the chequered flag, the German found himself in P10.

After the grand prix, Vettel reflected on a race of mixed luck:

“Basically, we don’t go back empty handed, so I guess it was a decent recovery. We had some issues at the beginning of the race, I had an excursion on the first corner, really struggling on the extreme wets and after that we tried to do what we can and happy to score a point in the end, but I was hoping that we can maybe extract a bit more.”

The 34-year old added that they “learned more about the car, too, optimising the set-up with the new parts we introduced recently. All these steps are taking us in a good direction for the races to come.”

One to forget for Lance Stroll

His point in Monaco was his fifth of the season, which leaves him 15th in the driver standings. Teammate Lance Stroll endured a torrid weekend and limped home P14 after qualifying P18.

He hit the wall early on and had to pit four times throughout the race to Vettel’s one. Although Vettel missed the opening two rounds, Stroll finds himself behind in the championship, with just a pair of points to his name.

A view from the pit wall

The truth was much more complex, since rain played havoc with everyone’s plans and the result was an incident-packed, time-limited race in which the weather was the key until the dry-track restart after the lap-30 red flag.

Thereafter, Sebastian drove well to manage tyre wear, and was able to stay well within 5s of [Esteban] Ocon, thereby converting his P11 on-track finishing position to P10 after Ocon’s 5.0sec penalty had been applied: a hard-earned World Championship point for us.

Lance also did his best in difficult circumstances, but overtaking is practically impossible here so points were always going to be out of reach for him today.”

A slow and controversial start

Aston Martin have suffered a difficult start to the season. First Vettel contracted COVID. Nico Hulkenberg substituted in well, but they found themselves off the midfield pace.

Now, as performance on track has slowly brought them back into the mix, they’ve found themselves at the centre of the ‘Green Red Bull’ controversy – the second time in three years the outfit has been accused of copying rivals.

Heading to the Azerbaijan Grand Prix, they sit ninth in the Constructors’ Championship with seven points.