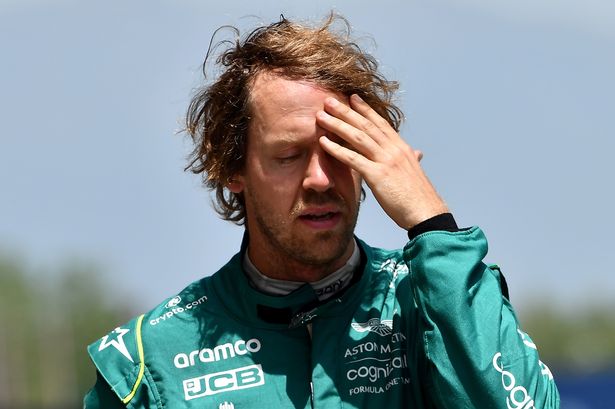 Aston Martin driver Sebastian Vettel had a bag stolen while he was in Barcelona for the Spanish Grand Prix.

According to Catalan publication El Periodico, Vettel had the bag stolen through his car window which was parked outside his hotel. It was reported that Vettel had problems with his road car earlier in the morning on Sunday.

In the bag, Vettel had his AirPods which he could track down from the Find my iPhone app. In an attempt to find his bag and catch the thieves, Vettel followed the GPS signal throughout Barcelona on a scooter.

The Spanish publication reported that Vettel managed to find the AirPods, but not the rest of his things. Most probably, the thieves threw away the AirPods so that they’ll mislead Vettel while hunting down his bag.

A spokesperson spoke to Autosport on Monday afternoon to confirm that Vettel was truly a victim of theft in Barcelona.

He said, “A bag belonging to Sebastian Vettel was stolen in Barcelona this morning. He tried to find it by using his iPhone to track his earphones which were in his bag, but when he located his earphones he found them abandoned and was therefore unable to locate his stolen bag.”

The German has now reported the incident to the Spanish authorities who have opened an investigation into the case. Besides his AirPods, Vettel also had identification documents in his bag.

As if Vettel’s weekend couldn’t get any worse. The four-time World Champion had yet another disappointing weekend with Aston Martin after he finished in eleventh and no driver got any points for the team.

Things started pretty badly during the first practice on Friday in which he finished off in sixteenth. The day took a turn in the afternoon session in which Vettel made it with the top 10 and finished in eighth.

Saturday was another disappointing day though, as Practice 3 saw him finish in twelfth and Qualifying saw him come out in Q1 and start the race on Sunday in sixteenth.

Despite the efforts, Vettel could not do much to get his team any points and ended the race in 11th place, while his teammate Lance Stroll trailed in fifteenth.