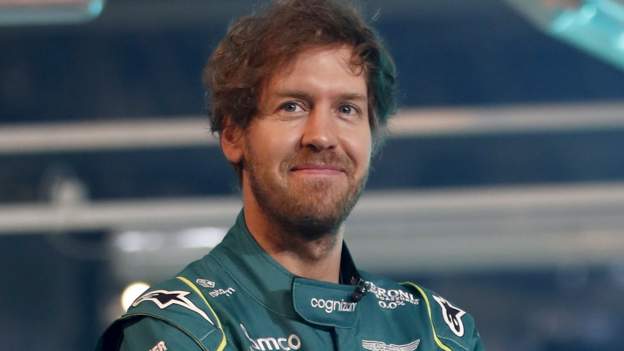 Is Formula E an Option for Vettel’s Future?

Sebastian Vettel’s future has been in question for a while following Aston Martin’s disappointing start to the 2022 season.

It is uncertain whether the 34-year old will keep running in the Aston Martin seat for the years to come, especially with new drivers coming into the sport.

The four-time World Champion will not give up racing that easily, and it is expected that he’ll find elsewhere to show off his talents. Recently speculation about IndyCar and Formula E rose as Vettel sets to go into the weekend with his team in Spain.

Vettel was invited to test out IndyCar already and work with Formula One legend Gerhard Berger in the German DTM Series.

Techeetah boss Thomas Chevaucher also has his eyes set on the German as he looks to settle a test run with Vettel.

The side won the Formula E Championship twice and also has former Red Bull driver Jean-Eric Vergne competing for them.

Chevaucher told Auto Bild, “Sebastian is very interested in environmental protection and has climate change in mind, just like we do in Formula E. We do not know to what extent he is interested in continuing his career in Formula E, but we would like to give him the opportunity to try out a CO2-neutral racing car.”

Techeetah might have to wait a while though to get the German on board. Vettel is still looking at making the most of the 2022 season with Aston Martin as they head to Spain this weekend.

What is Vettel expecting from Spain?

Catalunya is a popular circuit among drivers. It has been on the calendar for three decades and is a regular for winter testing. It gives the teams a lot of data before the season starts, so one can say that they go into Spain a little bit more prepared.

Vettel is expect a great “physical challenge” but expects more overtaking opportunities thanks to the new cars. The German explained how the new regulations proved right and they are creating more “wheel-to-wheel” racing which is making Formula One more exciting this year.

He said, “Barcelona will showcase a lot of the behaviour inherent in these 2022 cars; the lower-speed corners will be a physical challenge, while the faster sections will be about bravery and trusting in the ground-effect. Passing has usually been tricky here but I think these cars have shown they’re much better at going wheel-to-wheel, so I think it will be a different race to previous Spanish Grands Prix.”