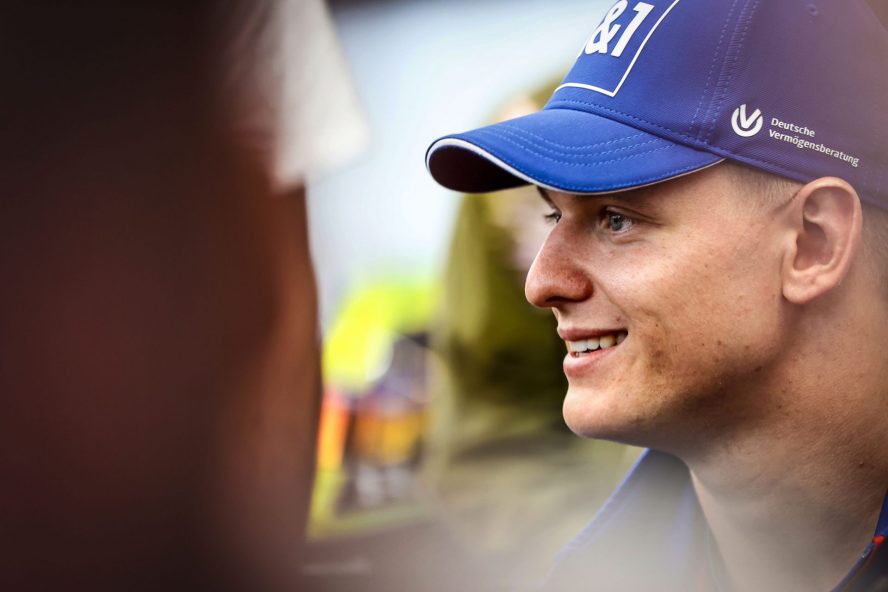 Young German finishes in points for second consecutive race, battling his way to achieving it.

Haas saw an upturn of fortune at the Austrian Grand Prix. Mick Schumacher once again shone after a strong Silverstone.  He and teammate Kevin Magnussen finished in the points on merit, taking home 12 valuable championship points.

Mick Schumacher’s performance at Silverstone was one of the standout performances of the weekend. Finishing in P9, the German said “Prove them wrong and believe in yourself”. Schumacher battled through the field during the race at Silverstone, finishing  P8 after starting P19. His exploits included battling with reigning World Champion Max Verstappen on the final lap.

Schumacher arrived in Austria hoping to continue his momentum. The young German once again enjoyed a strong weekend. Qualifying in P7 for Saturday’s sprint, he finished a respectable P9 after battling with Lewis Hamilton. Starting in P9 for the race, he battled with the likes of Lando Norris’s McLaren and enjoyed a second duel in as many days with Hamilton.

His VF-22 was fast across the weekend, and Schumacher had the pace of teammate Kevin Magnussen. He finished ahead of the Dane.  His P6 finish is the best in the young German’s career to date. To round off his strong weekend in Austria, Schumacher was also voted driver of the day.

His strong performances in the last two rounds now see Schumacher jump to P15 in the standings. His 12-point tally is just 10 points shy of teammate Kevin Magnussen, who is on 22 points in P11.

Schumacher commented on his performance after the race, stating his battles with Hamilton were “fun”. He  also highlighted the windy conditions on race day impacting race strategy:

“Fighting again with Lewis was fun. I felt a lot different compared to yesterday, obviously knowing that we had to take care of the tires. Quite soon I felt it wasn’t going to be a one-stop race just because of the way the tires were behaving – the winds were very different and difficult to manage. It was tough out there but it’s another double-points finish again after Silverstone, so everyone in the team can be very happy about the result. Being voted driver of the day as well is great so thank you to everybody.”

Guenther Steiner, Team Principal, Haas F1 Team praised both his drivers after the race: “A fantastic result for the team today with a double-points finish and back in P7 in the championship. There was one little issue with Kevin’s engine, but everything went as perfect as it can be. Thanks to the whole team for a big effort.”