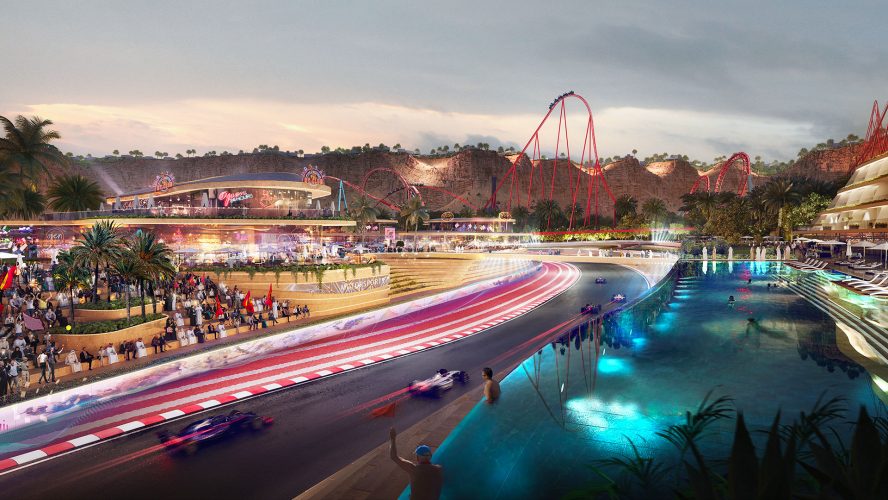 The proposed layout for the Qiddiya Circuit in 2026

Saudi Arabia “won’t say no to two races in F1”

The Jeddah Circuit is already on the F1 calendar

Saudi Arabia is willing to host two F1 races a year once the new track at Qiddiya is complete.

The initial plan for the Saudi Arabian GP was to have it in Jeddah until the Qiddiya facility was ready. Qiddiya is expected to be ready by 2026, and the plan was for the F1 race to be shifted there permanently by then.

However, HRH Abdulaziz Bin Turki Al-Faisal, the Saudi sports minister, is interested in keeping Jeddah on the calendar along with new Qiddiya.

“We really see the benefits of having these events for the Kingdom, and that’s why we’re investing so much.

“Maybe you’re focused more on sports, but we’re doing the same in culture, and entertainment and even exhibitions, and a lot of things that we look at. We definitely could host two races already for that. But I think that’s something that we have to discuss with F1 and see how it goes. But we definitely would love to have that.”

If the proposal for two races in Saudi Arabia gets rejected, Prince Abdulaziz stated that alternating between Jeddah and Qiddiya is an option for them.

“That’s happened in Germany, between Nurburgring and Hockenheim. So that could be an option.”

As an experience, Qiddiya is said to provide a completely different one to Jeddah. Its desert location opposed to Jeddah’s more coastal one, makes the two races essentially opposite. Prince AbdulAziz stated:

“It will be an iconic place to have an F1 race, with a theme park that’s next to it.”

“We think it’s a good transition [from Jeddah], because it’s a totally different environment. So you won’t have two races that are the same in one region: in Jeddah, it’s by the sea. But when you go to the other, it is the desert, it’s more of a different vibe to it.”

“Qiddiya is a huge project. Hopefully they finish on time. So it could finish plus or minus, within their targets. But if it does, then that’s the idea to move there. But definitely the MotoGP will be there because we can’t host the MotoGP in Jeddah.”

The MotoGP is another project that Saudi Arabia is working on.

As for two possible races there, it is still unclear as Qiddiya is not ready. But, you never know.