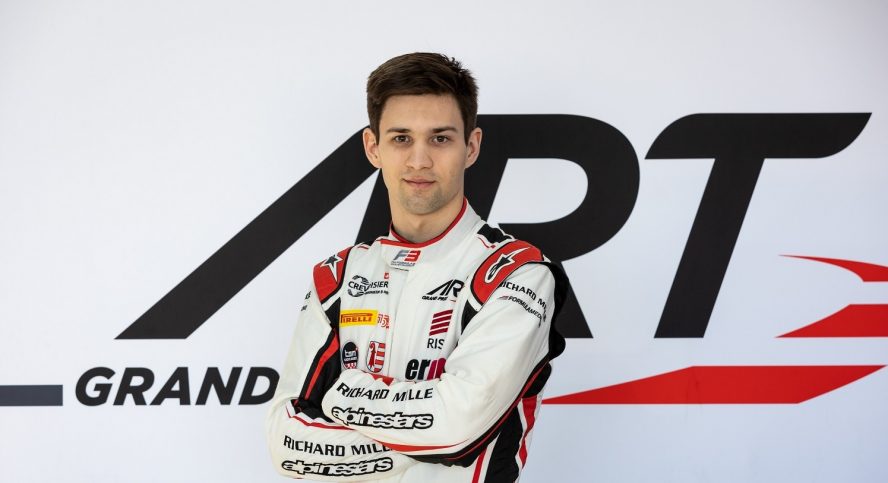 Saucy stays in Formula 3 with ART

Another piece of the F3 silly season slots into place

ART Grand Prix has confirmed Gregoire Saucy will remain in their Formula 3 lineup for 2023.

Following his rookie season, the Swiss driver is making his second Formula 3 campaign with a team he’s been with for three years now.

Saucy and ART began their partnership in 2020 in the Formula Renault Eurocup championship. Following his seventh-place finish in that series, he moved on to the Formula Regional European Championship by Alpine (FRECA) in 2021. In his rookie season of FRECA, Saucy won eight of the twenty races, winning the title by 68 points over his closest rival.

After that success with ART, he moved up to Formula 3 in 2022. Partnering with more experienced drivers in Victor Martins and Juan Manuel Correa, it was a harder season for Saucy. He finished in 15th overall while Correa finished 13th and Martins took the championship.

Now, Saucy is the first driver to be confirmed by ART for 2023, and he’ll be hoping to build on what he learned in his rookie season.

In the announcement, Saucy said, “In 2023, I will celebrate my fourth anniversary with ART Grand Prix, a milestone I am very proud of. Knowing the team for this long is a plus because we know each other’s strengths and we know how to work on our weaknesses. I have already started on my mental and physical preparation so I can be ready for the first laps of 2023.

“I learnt a great deal in the first season of F3 and I will be using that to bring ART Grand Prix a second title, following the one in FRECA back in 2021. The championship will be long and exciting, with a few new dates, and one of the keys will be to be consistent right from the onset. This is what we missed last season and I know that to achieve my title objective we will have to do what we did in 2021: score the maximum number of points when victory is not within our reach.

“I am very happy to continue working with ART Grand Prix and I can’t wait for the new season to start. I want to thank ART Grand Prix, Dominique Guenat, Richard Mille, and my sponsors without whom this project would not have been possible.”

Saucy is among the first drivers to be announced for the 2023 Formula 3 season but is the very first return driver. Which other drivers will join him in a second campaign?