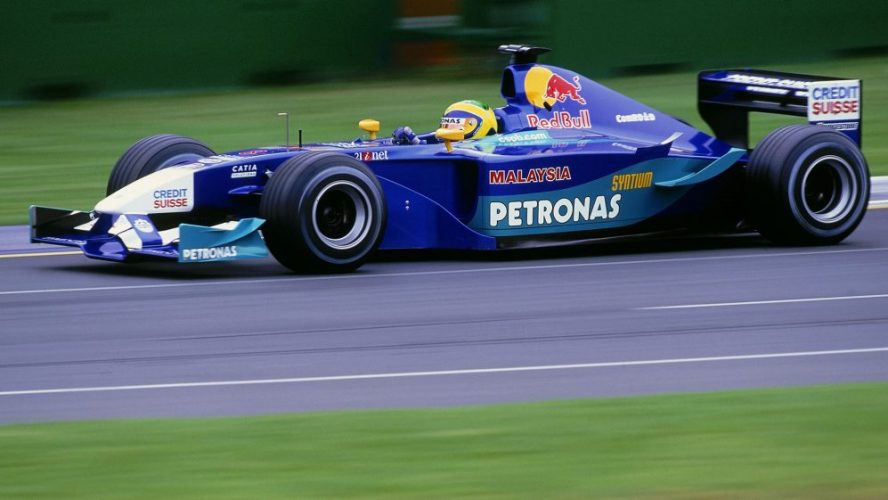 The Finn may not have clinched his one and only drivers’ title at Sauber, but the Swiss outfit did give him his break in the sport, including his debut back in 2001.

Zehnder, who has attended every one of the team’s races since 1993, is well-qualified to judge its driving personnel, and the Sauber stalwart recently told the ‘Beyond the Grid’ podcast that Räikkönen is top of the pile.

“It was Kimi. In terms of pure talent, it’s definitely Kimi,” said Zehnder.

“He was extraordinary,” added the Swiss engineer. “And the way he looked at you: you felt like if you give him a chance, he takes it and makes the most of it.”

From breaking through to break-up

While Räikkönen went on to have an outstanding F1 career, which saw him earn no fewer than 21 wins and 103 podiums, Zehnder has revealed that the Finn’s debut didn’t exactly have the most promising of starts.

In September 2000, a young Räikkönen was given a chance to test for the team at Mugello by its then-boss Peter Sauber, with the outfit seeking a replacement for the departing Mika Salo.

However, when asked how impressive the Iceman was in those days, Zehnder said “not very.”

“We drove three or four laps and then he needed a break of 15 to 20 minutes,” claimed Zehnder. “But what do you expect from a driver from Formula Renault?”

In terms of pure pace though, Räikkönen was rapid, outpacing Pedro Diniz, then a fully-fledged F1 driver. In typical Kimi fashion, Zehnder said he responded by saying “I can do better,” but he was later awarded a super licence by the FIA, as well as a seat in Sauber’s team for the 2001 season.

That year, the inexperienced but quick Finn continued to impress, achieving four points finishes and coming home eight times in the top eight.

With two-time world champion Mika Häkkinen retiring in 2001, this form caught the attention of McLaren, who sought to court his compatriot as a replacement.

Although Zehnder says the team had their driver tied down to a three-year deal, he explained that Räikkönen “made it clear that he would rather quit than continue [at Sauber.]”

“Either he goes to McLaren or he quits,” added Zehnder. “He made that clear.”

Räikkönen’s career then saw him go on to race for McLaren, Lotus Renault and Ferrari, before coming back to the now-rebranded Sauber team in 2019.

On his return, Zehnder explained how the Finn may not have been as quick as when he left, but he had developed a nous for racecraft that set him apart from the rest.

“What he lost was his qualifying speed,” said Zehnder. “When he was young, he was one of the fastest qualifiers. It’s a question of age. At the age of 42, the curves come at you a little faster than at 20!”

“For me, he’s one of the smartest racers,” he claimed. “He can read races and knows exactly when to defend, when to push and when it’s better to let someone overtake.”

Given that the likes of Jean Alesi, Jacques Villeneuve, Felipe Massa, Robert Kubica, Sergio Pérez and Charles Leclerc have all raced for the Swiss outfit, Zehnder’s comments constitute high praise from one of its longest servants.

Yet, the Iceman’s final seasons weren’t always befitting of the career that went before them, and he finished the 2021 season on just ten points, so what of the Finn’s racing legacy and future career?

Kimi may not have finished on top, but he has recently attracted the attention of bosses in stock car racing, and Justin Marks, owner of Trackhouse Racing, has reportedly backed him to make his NASCAR debut.