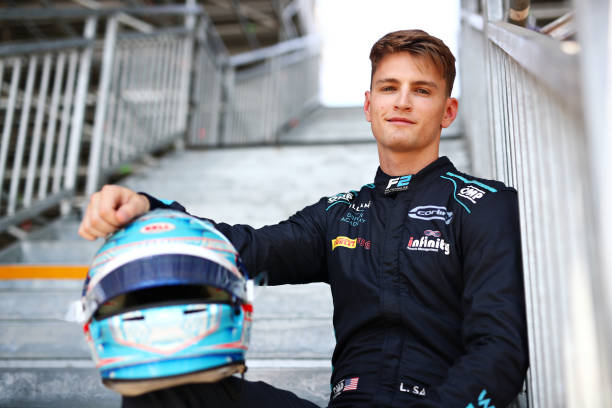 LE CASTELLET, FRANCE - JULY 21: Feature race winner at Round 8:Spielberg, Logan Sargeant of United States and Carlin (6) poses for a photo during previews ahead of Round 9:Le Castellet of the Formula 2 Championship at Circuit Paul Ricard on July 21, 2022 in Le Castellet, France. (Photo by Joe Portlock - Formula 1/Formula Motorsport Limited via Getty Images)

Williams Racing has announced that Formula 2 driver Logan Sargeant will make his Formula 1 debut in FP1 at the United States Grand Prix.

The American racing driver first drove a Formula 1 car at the young driver’s test in Abu Dhabi last season. He is one of five members of the Williams Driver Academy, and one of two currently racing in Formula 2.

“A massive thank you to Williams for putting the trust and belief in me to do a good job. The goal for me will be to learn as much as possible in the new generation of cars. I’m looking forward to making the most of this experience and really enjoying it.”

The United States Grand Prix will take place in October at the Circuit of the Americas in Austin, Texas. Sargeant will be the first American to take part in an official F1 session since 2015 when Alexander Rossi raced for Marussia.

Williams’ Sporting Director Sven Smeets commented on Sargeant’s performance in Formula 2, saying “Logan has demonstrated a great level of ability and maturity so far this season through his accomplishments both on and off the track. He’s delivered race winning performances in Formula 2 matched by his hard work during simulator sessions.

“It felt only right to reward these achievements with the opportunity for him to take part in a Free Practice session at Austin. We’re looking forward to seeing him get behind the wheel of the FW44 and how his performance and feedback help the team’s preparations for the race in Austin.”

With four rounds of Formula 2 left to go, Sargeant sits third in the standings with 119 points. He took two consecutive Feature Race wins in Silverstone and Austria, and has two pole positions in his rookie season.

Sargeant has a comfortable lead in the rookie standings, as well as a chance to challenge for the driver’s championship during the final rounds.

With Fernando Alonso announcing his move to Alpine for 2023, the Formula 1 driver market has been wide open. Most crucially for Sargeant, the seats at Williams have yet to be announced. Jost Capito has made it clear that they want to retain Alex Albon for next season. But Nicholas Latifi is much more likely to be left out of a seat. With a possible spot open at Williams for 2023, Sargeant has been making the most of his rookie Formula 2 season.

While there are lots of names in contention for the second Williams seat, the British team knows they have a valuable asset in their driver academy with Sargeant. Capito himself has commented that he’s confident the American driver will race in Formula 1 at some point in the future.

Will that be next season? It’s too early to say. But how Sargeant fares during his first FP1 outing might be a good indicator of the team’s plans for next year.