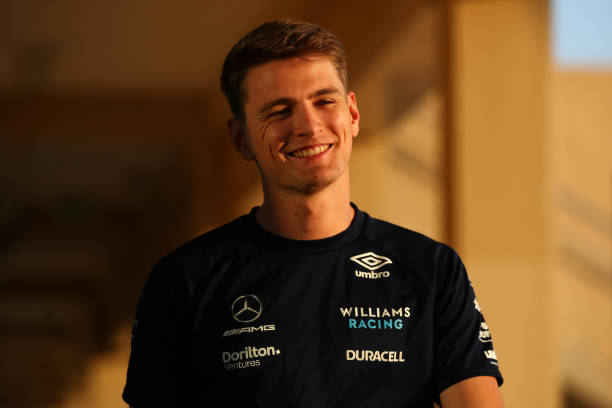 ABU DHABI, UNITED ARAB EMIRATES - NOVEMBER 17: Logan Sargeant of United States and Carlin looks on in the paddock during previews ahead of Round 14:Yas Island of the Formula 2 Championship at Yas Marina Circuit on November 17, 2022 in Abu Dhabi, United Arab Emirates. (Photo by Joe Portlock - Formula 1/Formula Motorsport Limited via Getty Images)

Sargeant on signing with Williams: “I’ve worked so hard for it”

In Abu Dhabi Logan Sargeant secured his Super Licence and will be a Williams Formula 1 driver for 2023.

Sargeant finished fourth in the Formula 2 standings, just one point behind his teammate Liam Lawson. That fourth place earned him the Anthoine Hubert Rookie of the Year Award, as well as his long-anticipated Super Licence.

Putting in the work

After months of speculation and waiting to see about his Super Licence, Williams Racing have finally made the official announcement that Sargeant will drive for the team in 2023.

“It’s a huge honour and a dream come true to be given this opportunity to compete in Formula 1 with Williams Racing,” said Sargeant.

“A massive thank you to every person at Williams Racing and Dorilton Motor Sports for the support they’ve given me since the day I first joined the team at the 2021 United States Grand Prix.

“Being a part of the Williams Driver Academy for the past year has given me an important platform to develop as a driver and prepare me for this next chapter. I’m ready and excited to be a part of this journey as the team looks to progress up the grid.”

Speaking on the past year of racing and working with the Williams team, Sargeant said, “It’s been one of the hardest years of my life, that is for sure.

“I’ve worked so hard for it, I’ve given up everything, I let this completely take over my life for the past 12 months. As I said, I just wanted to make sure I left no stone unturned and give myself the best opportunity for this day to come.

“It’s crazy to even think about it, to be honest,” said Sargeant about representing America in Formula 1. “To be a U.S. driver is obviously very difficult, having to move your whole life to Europe. I’ve been in Europe since I was 12, on my own since I was about 16, 17, and it’s just been a long hard road, but worth it, and I hope I can make them all proud.

“As I said, this is just the start, I know the hard work is still to be done to make sure I keep my place in Formula 1.”

Quotes from the team

Williams Racing has been anticipating this signing for a while now, first announcing their plan to sign Sargeant at the United States Grand Prix.

Williams’ team principal Jost Capito said, “We’re delighted to officially announce Logan as our driver for next year after qualifying for a super licence following the final F2 event of the season in Abu Dhabi.

“Logan completes our exciting driver line-up for 2023 alongside Alex [Albon]. Since joining our Driver Academy at the end of 2021, Logan has been able to fully integrate with the team at the Grove while on the simulator and more recently at the track during the four Free Practice sessions he’s participated in.

“He’s had a strong rookie season in Formula 2, and we are excited to watch him make the step up in Formula 1. We are here to support that journey with him.”

Sven Smeets, Williams’ Sporting Director, also expressed excitement about this change. “To be able to give Logan the opportunity to compete in Formula 1 for Williams Racing next year after being an integral part of our Driver Academy is a proud moment for the team,” he commented.

“Seeing a driver from the Academy getting in our F1 seat is a motivation for all the other Academy drivers and demonstrates legitimacy of the programme and the platform it provides.

“We are not only preparing him on track but will be working hard over the winter off track to ensure he’s in the best possible position to start 2023.”

The work for Sargeant and the team starts tomorrow, in the post-season test at Abu Dhabi.