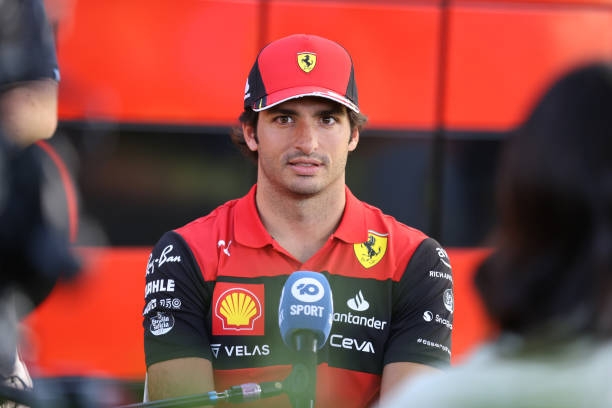 Ferrari driver Carlos Sainz claims he was “the fastest guy out on track” in Montreal during the Canadian Grand Prix despite failing to overtake championship leader Max Verstappen in the closing stages of the race.

The Spaniard who is yet to win his first Grand Prix, finished second in Canada after a frustrating battle against the race winner Verstappen. Although Sainz failed to overtake the Dutchman, the 27-year old was adamant that he and his cherry-red F1-75 were quicker than the Red Bulls.

Speaking after the race, Sainz shared his thoughts after claiming his fifth podium of the season.

“This weekend I was quicker,” said the Spaniard to Sky Sports F1.

“This weekend, for the first time in the championship I was the fastest guy on track both in the medium and on the hard – I was catching Max on both occasions.

“It’s a pity not to have got the first win.”

The Ferrari knew he was close to claiming his first win and insists he gave it his all out on track.

“I can tell you I left everything out there,” he said.

“I wanted my first win as much as you guys for even more so you can imagine how much I was pushing it.”

“Overtaking out there wasn’t easy with a tailwind down the main straight there was very little slipstream, very little DRS effect and it was very difficult to mount any overtake on the Red Bull.”

“I was close a couple of times and I know I gave my maximum.

“Without the safety car, I could have hung it out there. I think I was quite quick, and Max was catching me but not at a pass that was going to pass me easily at the end of the race.”

The Canadian Grand Prix will be looked back at as a missed opportunity for Sainz. With Mercedes underperforming this season, Sergio Perez crashing out and his teammate Charles Leclerc having started the back of the grid, Sunday was arguably Sainz’s best chance at claiming a victory all season.

The Spaniard’s next chance to grab his first win will come in two weeks’ time when Formula One heads back across the pond to the UK for the British Grand Prix at Silverstone.