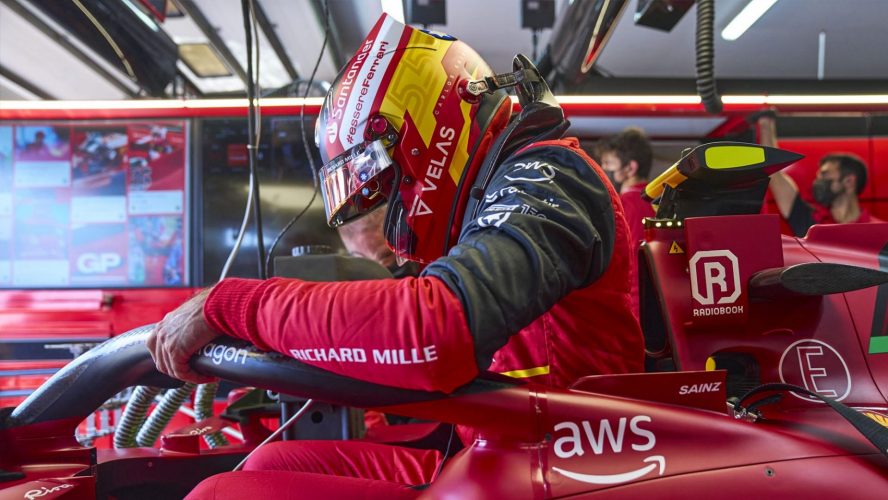 Sainz on French GP: “We are not a disaster”

After an incredible recovery drive to P5, Carlos Sainz spoke about the possibility of a podium but defended Ferrari by saying “we are not a disaster”.

Towards the closing stages of the 2022 French Grand Prix, Carlos Sainz looked like he could have got on the podium. He was battling with George Russell and Sergio Perez and managed to slip through into P3.

During his battle, he got the most unusual radio message from the Ferrari Pit Wall telling him to “Box, Carlos Box”.

Many immediately began to question the strategy and attributed the weird choice to another ‘ferrari strategy mishap’. This belief about Ferrari strategy has become a common meme online. When asked about strategy, Sainz called out the ‘meme’ by saying that the team is “not a disaster like people seem to say we are”.

He even argued that he’s in fact satisfied with the strategy this year.

I think the team is doing a very good job on strategy this year; I still believe at Ferrari we get super-criticised for things that other teams might be going through also in the pit stop windows, and every time there’s a tricky moment on strategy, we are discussing things.”

When asked about THAT moment when he was asked to ” box box” by the team, Carlos Sainz shared his initial thoughts on the decision but ultimately defended the team.

“I was in the middle of an overtake but I didn’t believe that was the right lap to stop and come back through the field”.

Sainz also mentioned that he thought it was best to stay out. He said he wanted to stay out and see what happened with the tyres as the podium position was in sight.

“I believe that maybe at the time it was better to risk it and stay out and see what happens to the tyres… but I had just made it to P3 and I saw a podium position that I said, if I make these tyres last, maybe I can finish on the podium.”

However, after sharing his thoughts, Sainz went on to defend his team by saying they had much more data to suggest it was the best strategy call.

Considering Sainz had much more luck than his teammate Charles Leclerc, he should be satisfied with his French Grand Prix performance, especially after starting on the back row of the grid.

Sainz stated that “We started 19th… to be finishing P5 and the point for fastest lap, it’s okay”.