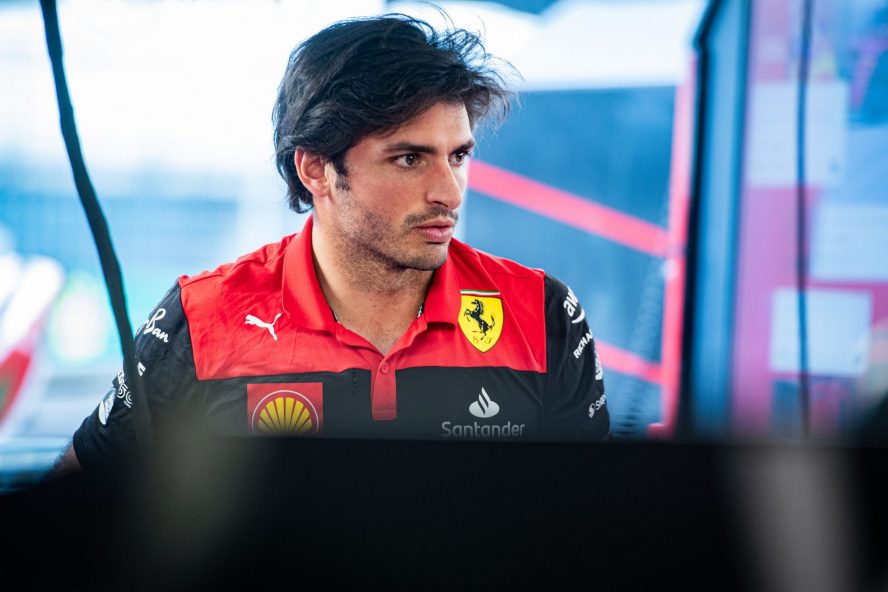 Sainz is “sure Ferrari will solve its reliability issues”

The Spaniard admitted the problem is acceptable due to the performance

Scuderia Ferrari’s renaissance and fight for the title is currently only being stopped and overshadowed by their problems of reliability with the engine. Yet, driver Carlos Sainz Jr. believes the team will surely find a solution for the issue.

2022 had been announced as the year of the truth for Ferrari. Leaving behind the struggles of 2020 and 2021, the change of regulations granted Maranello the chance they wished for. Effectively, the SF-75 looks like the strongest car on the grid this year. Yet, the Championships’ Standings see Max Verstappen in front for the drivers and Red Bull for the constructors.

The underwhelming results have been caused by the ongoing reliability issue suffered by Ferrari. As a matter of fact, driver Charles Leclerc was forced to retire in both Spain and Azerbaijan due to an issue with the engine. The same faith was suffered by teammate Carlos Sainz in Baku, completing a double retirement, and last week in Austria.

Now, despite the recent delusion (and scare), Ferrari driver Carlos Sainz admits the performance of the Ferrari engine on a good day makes the problems bearable, as reported by Formula1.com: “We are going through a bump in the road, which I think after the step that we’ve done in the engine this year, I would much rather take this step and take a bump in the road than have an unpowerful (sic) engine that is reliable.”

Moreover, Sainz went on to add: “I think, as a team, we’ve done a great job with this year’s engine and we’re just going through some issues that are going to be solved, I’m sure.”

Binotto: “These are problems that worry us for the coming races”

Less reassuring are Ferrari team principal Mattia Binotto’s words following the engine failure in Austria. While the team has identified the problem and supposedly knows how to solve it, the solution won’t come quickly. As declared to Corriere della Sera, fans and drivers might have to deal with the problems for longer than ideal: “We have a very good performing engine. That gives me hope for the future when we have found a way to make it reliable as well.”

“These are problems that worry us for the coming races, not in the long term. I am convinced that we can solve it as a team. For this kind of intervention you need time: you need to design, produce and homologate new components for reliability. A few weeks are not enough. In the short term, we will try to manage it in terms of kilometres. ”

Potentially, after the summer break Ferrari might have the key moment to see whether it managed to solve its problems. The question now remains in the near future. Will Maranello be able to limit damage and the gap to Max Verstappen and Red Bull?

FormulaNerds.com — Latest News — Aston Martin is ready to use an "aggressive development strategy" in 2023. The ...

Work had started at Silverstone! #F1