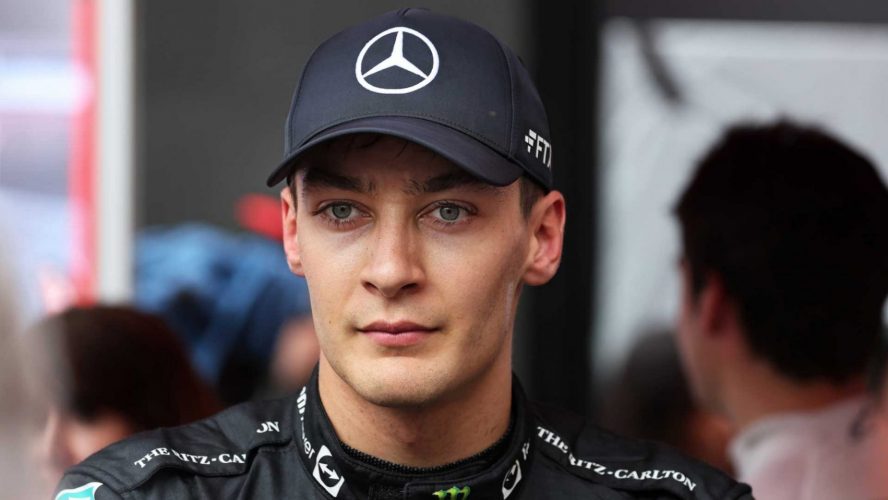 Struggles of the W13 and future potential design in 2023

This year’s W13 created a lot of buzz with its focus on a slimmer overall design. It is unclear whether Mercedes are continuing with that design,however, driver George Russell, says nothing is off the table for the 2023 car.

Mercedes debuted their W13 earlier in the year displaying their narrow sidepods, in hopes of enhancing their aerodynamics. Unfortunately for Mercedes, their hopes were not fulfilled with the car as they have struggled greatly to find their pace. The car’s struggles this season, though, is one that the team does not fault the design for completely.

Mercedes driver, George Russell, stated that the sidepods design is not a major performance point for the team:

“But ultimately whether we have the wide sidepods or the narrow sidepods that isn’t the performance differentiator, there is more to it.”

The development of the 2023 car takes into account where the W13 went wrong this year. The W13 had struggled with porpoising, but Mercedes fixed the issue. The car, however, still struggles in low downforce circuits and high-speed circuits, like it did at Monza.

“But we’ve got to keep on developing this car and next year will sort of be an evolution of this and I think now we do have a totally clear direction of how to develop the car.”

The rest of the 2022 season for Mercedes:

Mercedes Technical Director, Mike Elliot, says Mercedes is still hopeful for a fight for P2 in the championship:

“We want to try and fight Ferrari for that P2 position; we want to try and win a race this season, or multiple races ideally; and most of all, we want to get ourselves back on track so we’re fighting properly for a championship next year.”

Mercedes are currently at 371 points in the Constructors Championship, 35 points off Ferrari. P2 in the championship is possible for Mercedes if they can perform at the upcoming races. However, every race with the W13 has provided data that will help develop their 2023 car.