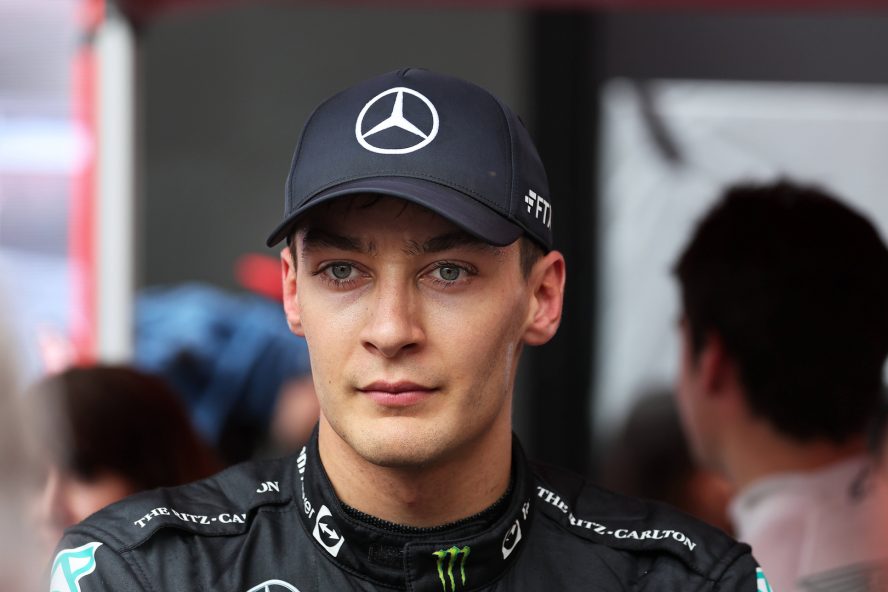 Russell on the FIA: “We just want consistency”

Despite the removal of Micheal Masi following the events of Abu Dhabi 2021, the FIA seems to continue in its struggles for approval, as GDPA director George Russell admits the drivers are currently asking for more consistency.

The Austrian weekend seems to have brought along some controversies from the penalty (or lack of) experienced during the British Grand Prix. In particular, Aston Martin driver and GDPA director Sebastian Vettel received a €25,000 fine due to expressing frustration and even leaving earlier the Drivers’ meeting on Friday. The German then proceeded to apologize and even have a “constructive conversation” with the race director.

While the event caused curiosity among F1 fans, fellow GDPA director George Russell now explained what is currently being asked by Vettel, as well as many other drivers, is more consistency in the way decisions are being made. In particular, as reported by The Race Russell went on to admit: “I think it’s very difficult for the FIA, very difficult for the drivers, there’s been a lot of borderline decisions or manoeuvres, whether it’s defending or whether it’s track limits in a racing scenario like last weekend at Silverstone”.

The problem with track limits

In a debate that is now becoming persistent in Formula 1, drivers show once again to despise the usage of track limits with its often complicated monitoring. As a matter of fact, Red Bull driver Sergio Perez had all his lap times deleted due to track limits in Q3 and started the Sprint race from 13th. Yet, with the decision on the Mexican only coming after the end of qualifying, it’s obviously debatable whether that damaged Pierre Gasly, who would have been able to try and qualify higher during the Q3 had Perez’s infractions 0f track limits been determined earlier.

As always, however, the debate is more about the nature of the problem rather than the management, as explained by Russell:

“We don’t want to be dishing out penalties left right and centre but there needs to be an element of consistency somewhere, I think we need to look at the root cause of the issues and with these track limits, the issue is the circuit.

We’re never going to solve this issue until you solve the circuit, and Turn 4 here in Austria, you’ll never have that issue [because of the gravel], but compare that with Turn 1 or Silverstone last week, you’ll always have the issue, so yeah.”

Moreover, the other long-standing debate is the possibility of permanent stewards: “I do agree that we need to stick with one race director, we need to have more consistency with the stewarding. We come to the following event and often the steward from the previous event is not there so there’s no accountability or no explanations of decisions. We ask questions and it’s difficult to get a straightforward answer because- I wouldn’t say the blame, but the blame is put onto someone else who isn’t there. It is tricky, everybody has their own interpretations.”

The debate on consistency and track limits seem set to continue during the next racing weekend in France but, according to Russell, the possibility of improvement remains positive:

“Everybody is learning, we’re learning how the new race directors are reacting, they’re learning what we as drivers want and need. I don’t envy them, it’s by no means an easy job at all, but I guess we just want consistency.