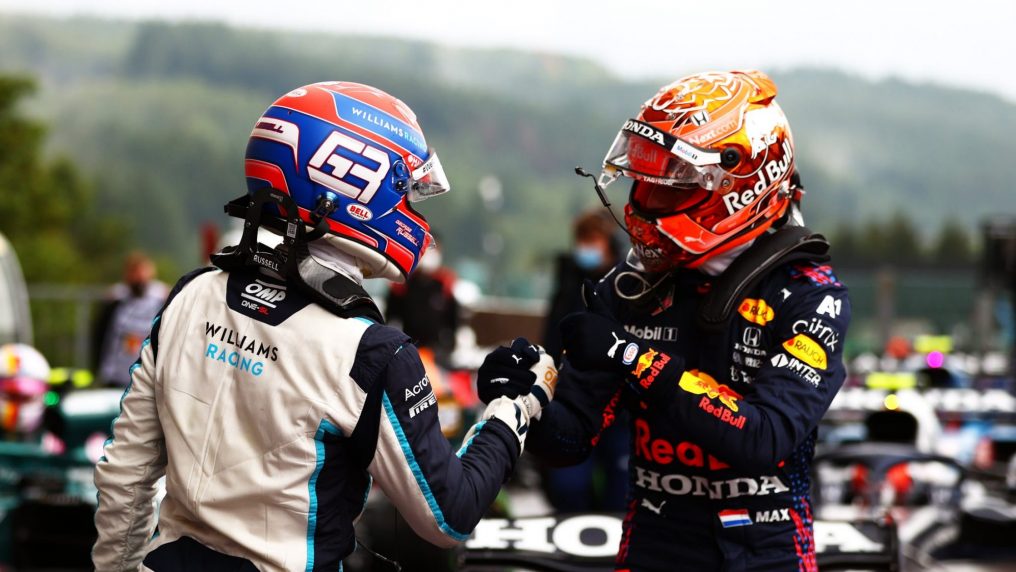 Russell eyeing up victory at Spa after super qualifying result

George Russell has already turned his attention to scoring his maiden Formula 1 victory after a sensational qualifying performance at Spa which will see him start the race on the front row.
The Williams driver missed out on pole by just 0.321 seconds to the far superior Red Bull of Max Verstappen but beat Mercedes duo Lewis Hamilton and Valtteri Bottas – the latter whose seat he could take at the Silver Arrows next season.
It was Williams’ first front row start since Monza back in 2017 and after qualifying Russell was understandably lost for words.
“I don’t know what to say to be honest,” said Russell.

“I thought we had done a good job to get out of Q1 after how we got on yesterday and now we’re standing here on the front row.

“I think the guys did an amazing job today. We were on the track always at the right time. The car was feeling great, I had so much confidence so onto tomorrow now.”

No, this isn’t a dream. This is what happens when you keep believing. @WilliamsRacing on the front row. Back where we belong. 👊 pic.twitter.com/4iO6LYRgki

Russell has already made it into Q3 twice before this season in an uncompetitive Williams and the Brit felt he had everything to gain from being there again at a wet Spa circuit.

“I was in a fortunate position of there’s nothing to lose,” he explained.

By James Phillips11 hours ago

“We were in Q3 which is not the norm for us, and we just had to go for it.

“We saved the full maximum engine mode for the last lap, and we just thought, you know what, let’s go for it and I’m buzzing, absolutely buzzing.

“But obviously tomorrow is the important one and I’ve got to go out there and score some more points.”

When asked if he was eyeing up an overtake on Verstappen to take victory, Russell replied: “That is the plan, if it is there for the taking, we will go for it. So yeah, mega.”