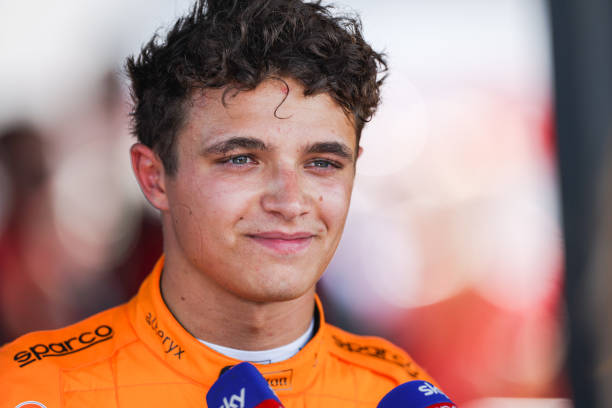 Rosberg: Lando Norris is “potentially the best” of the next generation

Nico Rosberg has faith in the young McLaren driver

Former World Champion Nico Rosberg has shared his views on Lando Norris and his future within Formula One.

Lando Norris has raced in Formula 1 since 2019. He has been with McLaren for the bigger part of his career and has become a key aspect of their F1 team.

He’s currently partnered with Daniel Ricciardo, who joined McLaren last season. Whilst there’s been speculation surrounding Ricciardo’s future in the sport, Nico Rosberg has nothing but praise for the young Brit.

Coming from 2021, all eyes were on both McLaren drivers. Last year, Ricciardo struggled significantly with getting to grips with the MCL35. However, Norris excelled.

Out of the 22 races, Norris scored a podium in four of them. He finished P3 in Imola, Monaco and Austria. When F1 went to Monza, Norris improved to finish P2, behind Ricciardo to make it a McLaren 1-2. This season, with 11 rounds complete, Norris already has one podium added to his tally.

Compared to Ricciardo, Norris has been more consistent in strong performances. He suffered a DNF in the Miami Grand Prix and only finished outside of the points in two other races.

With 59 points to his name, Norris currently sits seventh in the Drivers’ Championship. This is five places ahead of Ricciardo, who’s in 12th.

During the broadcast of the French Grand Prix, Nico Rosberg shared his thoughts on the McLaren drivers. He briefly spoke about Ricciardo’s performance and said that “he’s getting more positive again, which is nice to see.”

Earlier this season, it was said that Ricciardo needed his “smile back” and Rosberg can now see that happening. However, compared to Norris, there is a clear difference.

When speaking about Norris’ driving, Rosberg said that “Lando is a future world champion.” This season, he is “driving absolutely beautifully.” Rosberg continued saying he is:

“One of the best of the next generation. Potentially the best.”

Paul di Resta also commented on Norris. He said that whilst Norris is the “future”, it’s a question of how long he can wait for McLaren to give him a car that can win. Rosberg added to this saying that Norris is “ready” to win, but it’s just about the car and for now, “he’ll have to put up with” not having a race-winning car.

For the French Grand Prix, Norris is sandwiched between both Mercedes drivers in P5. On the grid before the race, he said that he’s “excited” for the Grand Prix. However, he admitted it’ll be about “trying to deal with a bad balance”, especially with the track temperature.

In 2021, Norris finished the Grand Prix fifth after qualifying eighth. If he’s able to make up some places this time around, we could see him get another podium.