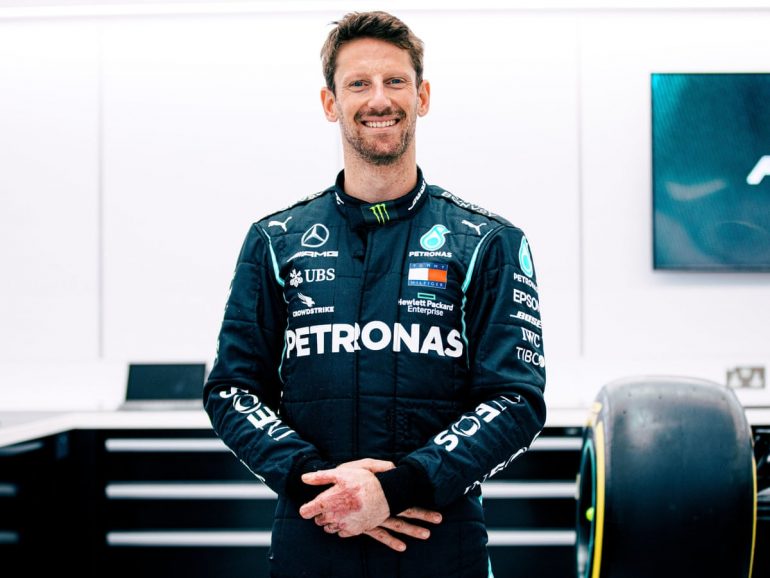 Many have various opinions about the events that went down in Abu Dhabi. And Romain Grosjean has them too. The former Formula One driver spoke at an Indy Car media day about the season finish, and backed Masi in not finishing off the race on a safety car.

The French driver said, “I loved it. It was exciting. My heart was going, it was pumping like hell. There are a few ways of seeing it. It would have been very strange to not unlap those cars and have Lewis first and then Max four cars behind over one lap for the world championship.

“And, on the other hand, for Lewis it was definitely not a great call. But as a TV fan, as a spectator, and for the sport, I think Michael Masi made the right decision. I don’t think it would have been nice for the championship to finish under the safety car.

“It would not have been nice to finish with the guys first and second separated by a few cars.”

Grosjean had left Formula One after he suffered a terrible accident at the Bahrain Grand Prix in 2020. He crashed his cars into the barries, which caused a huge fire which he got caught in. Luckily, the former Haas driver made it out alive of the fire.

Mercedes had decided to give the French another go at driving a Formula One car by offering him the opportunity to test drive their car ahead of the French Grand Prix. Unfortunately because of Covid restriction, Grosjean could not make it to the Grand Prix and the test did not go ahead. Wonder if Mercedes would consider giving him another chance after the above comments…

But to a certain extent, one must admit that the 35-year old does have a point. Abu Dhabi determined the world title, and what kind of sport would Formula One Racing be, if the title was not even decided by the drivers racing each other. It was not like Max Verstappen was lacking the quality of World Champion throughout the season. He proved to be great competition against seven-time World Champion Lewis Hamilton.

Was it fair on Hamilton?

No, I am not saying that. Michael Masi was right not to finish the season on a safety car, but he was not right in the way he went about it. It was obvious that until the stewards cleared the track off any incident remains, it was going to take time. So why deploy a safety car?

In my opinion, the session should have been red flagged, so that then the race could be restarted and the drivers could actually race each other. Probably some would have argued that it was still unfair to Hamilton if that happened because there would not be need for a red flag or whatever excuse people can come up with.

But this is Formula One Racing and unfortunately it is also sport.

Sport is played by humans and it is controlled by humans, so it’s bound to have human error sometimes. I mean take a look at football, even with the Virtual Assistant Referee (VAR) mistakes are still made. If I start mentioning all the instances in which referees had been unfair, the season would start before I finish typing this post and my cowriter, Grace,  have already written about this topic. Life goes on I guess.