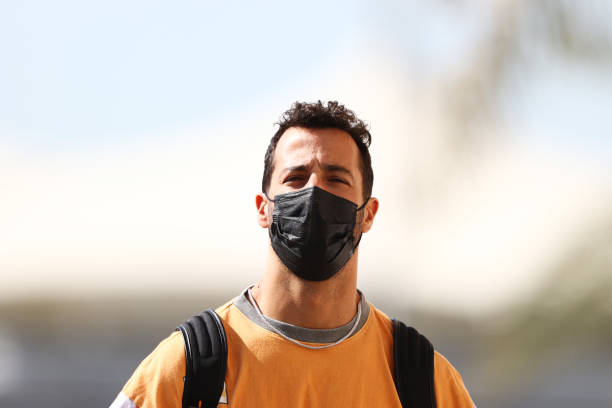 McLaren Racing CEO Zak Brown has admitted that “mechanisms” in Daniel Ricciardo’s three-year Formula One contract could see it ended earlier than expected.

Ricciardo’s form and future in F1 have been a topic on everyone’s lips since the 32-year-old left Red Bull back in 2018. With the Australian struggling to consistently haul points for the Papayas, fans are starting to doubt the Honey Badger’s ability in motor-racing’s top tier.

Whilst the pressure on Ricciardo’s future continues to build, Brown has admitted there are clauses in the Aussie’s three-year deal which could see the fan favourite out the door earlier than expected.

“I spoke with Daniel about it. We’re not getting the results that we both hoped for, but we’re both going to continue to push.”

Ricciardo has shown moments of brilliance since his arrival at McLaren, most notably a 1-2 win with his teammate Lando Norris last year in Italy, however, it’s the Aussie’s lack of consistency which has put his future in turmoil.

“I think he showed in Monza [that] he can win races,” said Brown.

“We also need to develop our race car; it’s not capable of winning races. But we’d like to see him further up the grid.

“And we’ll see how things develop and what he wants to do. And then we’ve got our testing programme ramping up, but we’re in no rush.”

Ricciardo’s recent red flag worthy crash in Monaco during the first free practice session didn’t help in his bid for his future. It was an embarrassing incident which saw the 32-year-old slide off into the wall at turn 15. At first, it seemed like a driver error, however, it has since been revealed that McLaren’s engineers were too adventurous with the Australian’s set-up.

The gap between Ricciardo and his teammate Lando Norris appears to grow wider as the season progresses after he finished P16 0.878 seconds behind Norris in Monaco during FP3.