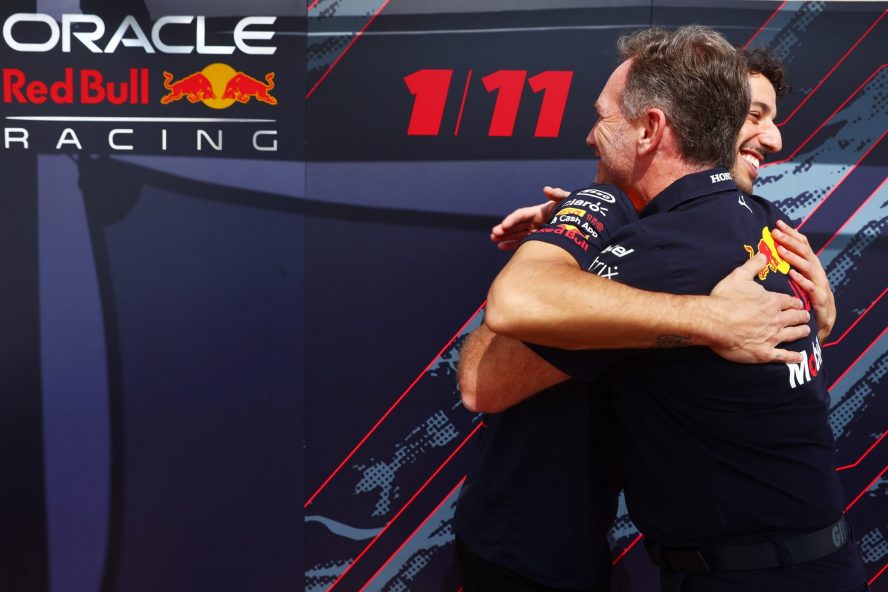 Ricciardo on Red Bull: “It is like going home”

Daniel Ricciardo will be back at Red Bull Racing in 2023 as a third driver. The move was an unexpected result of the 2022 silly season, which saw McLaren decide to end its contract with the Australian. Now, Ricciardo admitted being back at Milton Keynes feels like “going home”.

Daniel Ricciardo’s relationship with Red Bull is long-standing. The Australian first entered the Red Bull Junior Team in 2008, eventually graduating to Formula 1 in 2011 with HRT. After two seasons with Toro Rosso, Ricciardo officially moved to Red Bull Racing to side 4-times World Champion Sebastian Vettel and quickly confirmed himself as a talent to keep an eye on in the sport.

However, the impossibility of realistically fighting for the title and the difficult coexistence with Max Verstappen led the Honey Badger to leave the team, moving first to Renault and later to McLaren. This latter experience was unsuccessful despite a victory at the 2021 Italian Grand Prix, resulting in an early termination of the contract in 2022. Off the grid for the next season, Ricciardo will then go back to Milton Keynes as a reserve driver.

Ricciardo: “There’s certainly a nostalgia to it”

Reflecting on his career, Ricciardo told Speedcafè.com: “There’s something about going back to where it all started. There’s certainly a nostalgia to it but, honestly, it’s all hit over the last few years. But it’s even more recently when Mr Mateschitz passed away, just hits hot much I have them to thank for [my career].

“I feel like I was always appreciative of the opportunity they gave me, but it really hit home – if it wasn’t for them, I literally wouldn’t be on the grid. So there’s that as well, where it’s like coming back to where it all started, and it is like going home. It’s like going home to Mum and Dad, you know.”

By James Phillips7 hours ago

He then went on to add: “They’re your biggest people that supported your whole career, and you just want to be back in that environment, I guess and feel that warmth and love. I don’t want that to be a headline saying that I haven’t felt that elsewhere, but there’s something about it which I think will feel really nice.”

Ricciardo’s return to Red Bull was welcomed by fans with enthusiasm, especially considering his successful past with the team: “McLaren, in a way, I have to accept it was what it was, and maybe I’ll never know [why it didn’t work]. That’s why I’m curious to get back into Red Bull, a place where obviously I competed well with Max, and even just get on the sim and get back to a car that I’m like “oh yeah, this is a car that allows me to show my strengths.” I’m kind of just curious to see how I go back in something which I obviously had a lot of success in.”