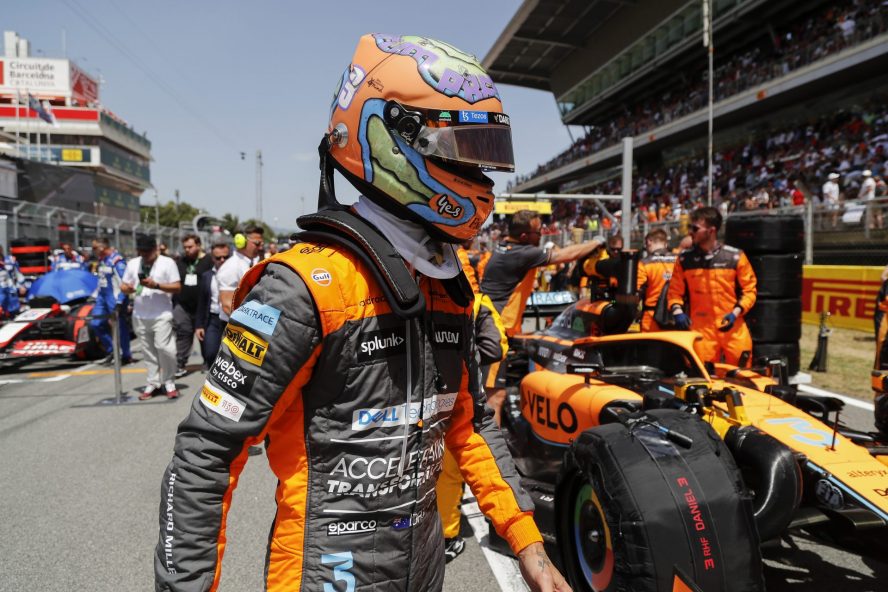 Ricciardo On Future In F1: “It’s Not Why I Race”

In light of the recent results, Daniel Ricciardo’s future permanence in Formula 1 continues to be a hot topic in the approaching silly season. While many hoped the change of regulations could have been the solution to the lack of confidence with the McLaren car, the 2022 season sadly seems the repetition of 2021: no confidence, few to no results, and a teammate that is performing on another level.

The crisis lately looks total: even when sick with tonsilitis, Lando Norris was able to bring the MCL36 into the points in eighth. On the other side, Ricciardo only managed to finish twelfth and one lap away from the race winner Max Verstappen. Monaco was no different with the Brit finishing sixth and the Australian thirteenth.

However, while McLaren’s management didn’t hide its disappointment with Ricciardo’s performance, according to a report from The Race, the decision on his future will ultimately remain in the Honey Badger’s hands. Strong words from Ricciardo after the disappointment of the Monaco GP reiterated his delusion: “I do have a contract in place. But personally, I don’t want to be 14th. It’s not why I race. Let’s put it like that.

Even after a day like today I still have 100% belief in myself and ability so it probably makes a result like this hurt more. So that’s kind of how I feel. It’s just one of those things you’ve just got to keep going. I’d love to be in a different position, but I kind of refuse to let it beat me down.”

Remaining with McLaren is a possibility

The Honey Badger yet admitted to agreeing with the team in the will to improve during the rest of the season: “It’s not just me that’s not wanting to be 14th, the team don’t want to see me there as well. I don’t think it necessarily changes the course moving forward. But for sure there’s an emphasis on us improving together.”

Nevertheless, the Australian continues its commitment to McLaren and will use last year’s failure as a way to analyze 2022: “For me at the moment to get up to that, to push my car on the limit and to get it out of myself, it’s still a little bit of a difficulty or a battle. I say a little bit – it is, obviously. So it’s now really just trying to keep picking it apart. And I’ll also try and learn from last year.

This is unfortunately known territory from 12 months ago. I think there’s things we did well in these situations and things that we probably look back on and say we could have probably done it differently. That’s where I’ll try and attack it in a more productive way.”

By Katy Roberts5 hours ago

Despite rumours circulating surrounding the possibility of a replacement mid-season, the probabilities of such an event happening are considered small. Ricciardo’s fighter mentality is certainly a positive point in the eyes of the team. Yet, the lack of results might eventually lead the team to reconsider its prospects, also sustained by financial reasons that see Ricciardo’s contract with McLaren at the moment not worth it.

Even more worrying is the silly season approaching where many can eye McLaren’s “second” seat. AlphaTauri’s Pierre Gasly can easily be the most interesting free driver to aspire to debut in the papaya team. Fellow Australian and current McLaren reserve driver Oscar Piastri will surely look to be a viable option.  Drivers coming from McLaren’s American sphere such as Colton Herta and Pato O’Ward might highlight their commercial importance, although these are less likely options.

Finally, while none of the above has Ricciardo’s curriculum, the Honey Badger’s performance will ultimately be the deciding factor. All is not lost for Daniel Ricciardo, who can still make his own future in the sport.