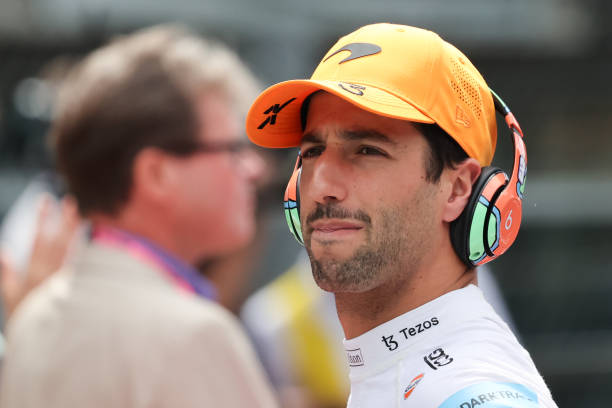 Ricciardo confirms his future in F1

Daniel Ricciardo has commented on his future within the sport, squashing all rumours that increased with McLaren's latest IndyCar signing

McLaren driver Daniel Ricciardo has finally put to rest the rumours surrounding his future in Formula One.

2022 is Daniel Ricciardo’s second season racing for McLaren and the transition into the Woking team hasn’t been quite as smooth as one would’ve hoped. Last year, Ricciardo struggled getting to grips with the car at the beginning of the season. However, after a win in Monza, things were looking up and the Aussie finished eighth in the Driver Standings.

This year, we have seen Ricciardo have similar struggles, especially with the new regulations and new cars coming into effect. Compared to his teammate Lando Norris, it could be said that Ricciardo has underperformed. He is currently 12th in the championship on 17 points, 47 behind Norris, who sits in seventh.

With the difference in their performance, rumours were made concerning the matter of Ricciardo’s future within Formula One and with McLaren.

Zak Brown, the CEO of McLaren, at one point had even hinted at the “mechanisms” within Ricciardo’s contract that could see it end earlier than expected. However, after these comments, Brown then apologised to his driver.

He said that whilst Ricciardo is in a bit of a “slump” in terms of results, it’s down to the team to “give him a car that suits his driving style and has pace.” Andreas Seidl, McLaren’s Team Principal, also countered the rumours about Ricciardo’s F1 departure.

Seidl said that the Aussie has shown “with the right car and the right team he can pull off race wins.” He concluded saying “there is no reason why he should not be able to fight for world titles if we deliver from our side.”

After all the comments made about him, Ricciardo has spoken out. Today on social media, he shared a message confirming his commitment to staying in the sport with McLaren.

Ricciardo’s contract with McLaren ends at the end of next year, 2023. On his Twitter, Ricciardo has confirmed that his contract will not end early and he will be staying with McLaren.

He said he is working with the team “to make improvements and get the car right and back to the front where it belongs.” He continued by adding, “I still want this more than ever. See you in Le Castellet.”

Recently, McLaren signed Alex Palou, the IndyCar champion, for next year. This signing increased speculation about Ricciardo’s future with the team.

Palou is going to race for the IndyCar team, Arrow McLaren. However, he will also be testing for the Formula One team alongside Pato O’Ward and Colton Herta.

Ricciardo’s tweet was perfectly timed as it came out after McLaren’s signing of Palou. It very quickly squashed all rumours about his place in McLaren. But, there is still some confusion surrounding Palou’s contract with Arrow McLaren.

Palou currently races for Chip Ganassi Racing (CGR), who said that they would be exercising a way to keep Palou with them. Soon after that, the IndyCar driver shared on social media his thoughts about CGR’s announcement.

The Spaniard said that he learnt of CGR’s press release confirming his drive with them in 2023 “from the media”. He also noted that it was “without [his] approval.” He continued:

“Even more surprising was that CGR’s release included a “quote” which did not come from me. I did not approve this press release, and I did not author or approve that quote. As I have recently informed CGR, for personal reasons, I do not intend to continue with the team after 2022.”

Zak Brown commented on the signing of Palou to McLaren’s IndyCar team. He said at McLaren, they “want the best talent” and “it’s exciting to be able to include Alex on that list.”

With Palou joining the team and Ricciardo’s statement, McLaren are one step closer to confirming their driver line-ups across all its racing series.

The next round of Formula One this season sees the paddock heading back to Le Castellet for the French Grand Prix. Let’s see if Ricciardo can improve on his recent performances, and get himself back in the points.