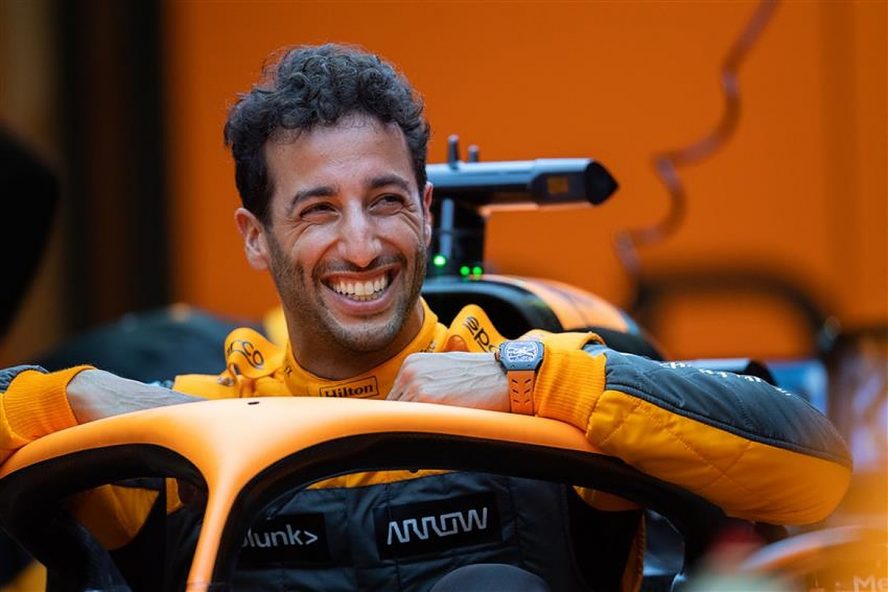 Ricciardo close to the end of F1 career?

McLaren’s Daniel Ricciardo has indicated to ESPN that he believes he is getting closer to the end of his career. The 32-year-old Australian has so far won 8 races with Red Bull and McLaren between 2013 and 2019.

Since 2018, Ricciardo has moved teams twice to Renault and McLaren. The Renault years saw a podium as a reward for his efforts. However, McLaren has proved to be a struggle. In 2021, Ricciardo struggled to grips with the MCL35M while teammate Lando Norris was a regular podium scorer. Ricciardo turned his performance around late in the season, leading home a sensational McLaren one-two at Monza.

This year has seen an improvement in his performance, but he is still not at the level of teammate Norris. At Imola, Ricciardo made contact with Ferrari’s Carlos Sainz, dropping to the back, where he finished. Norris meanwhile took McLaren’s first podium, finishing third.

Speaking to ESPN in Miami, Ricciardo said that he doubts he has another ten years of racing in him.  His contract with McLaren is due to expire at the end of next season.

“Unless I start winning every race and it makes a lot of sense, I don’t have 10 more in me,” he said. “So I’m definitely on the second part of it. I couldn’t tell you now if it’s three years, five years, whatever, but I’m aware that I can’t see myself doing this at 40.”

Fernando Alonso is the only current member of the 40 plus club on the grid. Michael Schumacher is the only other recent driver in the last decade who raced beyond 40, retiring at 43.

Commenting on his struggles, Ricciardo said having a positive attitude has been key to getting good results.  The Australian stated that he no longer worries about challenging races or missing out on shots at the title, and is enjoying racing more:

‘You just pull back [the negatives]. I’m still enjoying it. The results aren’t there yet. But a negative attitude isn’t going to help me get those results either.”

I think through doing it for so many years now, and just a bit of wisdom, maturity, and perspective, I don’t beat myself up about it anymore”.

The Australian also spoke of letting the challenges he experienced go:

“I know when I was 27 or 28 I would say in interviews, like, I’m running out of time, I’m not world champion yet. I was a bit bitter about it then.

“But I’ve kind of let that element go. […] It is what it is. You just waste time and energy sulking about that stuff”

McLaren CEO Zak Brown has said he noticed a significant improvement in Ricciardo’s performances this season. Brown has yet to extend Ricciardo’s contract. Talking to the F1 Nation podcast Brown said:

“I think he still doesn’t think he’s 10/10 on top of the car, but he’s got a great relationship with Lando [Norris], he knows the team well […] we’re really happy to see Daniel on top of his game”.