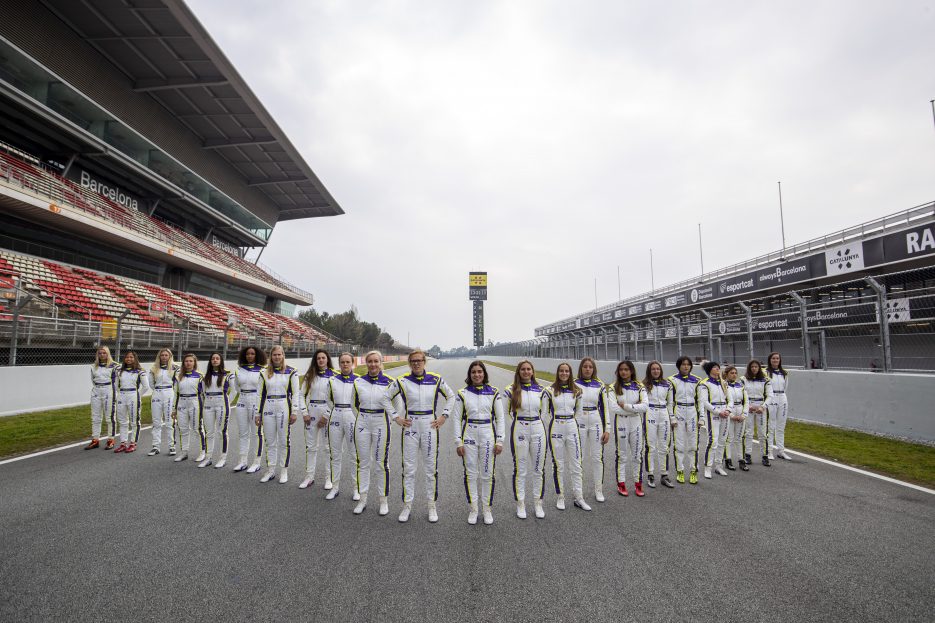 W Series is getting ready to debut its third season in Miami in early May and has now revealed the 2022 drivers’ line-up. Returning drivers and aspiring rookies for a grid that is set to guarantee another season of brilliant racing following last year’s tight Championship battle.

Returning to the grid in 2022, the top eight from the past season were granted direct access to the line-up. In particular, Beitske Visser will race for Sirin Racing, while Alpine junior Abbi Pulling joins Racing X. Fan-favorite Fabienne Wohlwend will line up with the new team Cortdao. Moreover, Sarah Moore will return with Scuderia W as Nerea Marti is expected to partner with Quantfury.

After some initial doubts, the top three from 2021 will return, as Jamie Chadwick was announced at Jenner Racing, Alice Powell at Click2Drive Bristol Street Motors Racing, and Emma Kimilainen at Puma.

Furthermore, fans will get to welcome back to the grid Aston Martin driver ambassador Jessica Hawkins as well as both Belen and Marta Garcia and Brazilian driver Bruna Tomaselli.

W Series also announced Russian driver Irina Sidorkova won’t compete in the Championship until further notice. Abbie Eaton has always not been confirmed, as the Brit continues her recovery from the accident suffered during last years’ race in Austin.

Finally, the 18th seat will remain available for a pool of drivers yet to be announced who will have the opportunity to get experience in W Series throughout the year.

While W Series has been accused of not having a competitive grid in the past, 2021 showed a high level of racing and a close battle for the Championship, which was only won during the last weekend. Moreover, W Series Racing Director Dave Ryan declared in the announcement 2022 will see the most competitive line-up in the series’ history: “As the profile of W Series grows, the talent pool and standard of our driver line-up increases, and the 2022 W Series grid is the strongest yet. This year, we expanded our driver search and testing programme by staging pre-season tests in both the USA and Europe, and that decision has paid dividends.

The class of 2022 represents 10 different countries, and more than a quarter of the grid are new talents making their W Series debut. The five rookies are well-prepared and join a group of proven W Series performers who know what it’s all about. In the spirit of W Series, they will all drive each other forwards.”