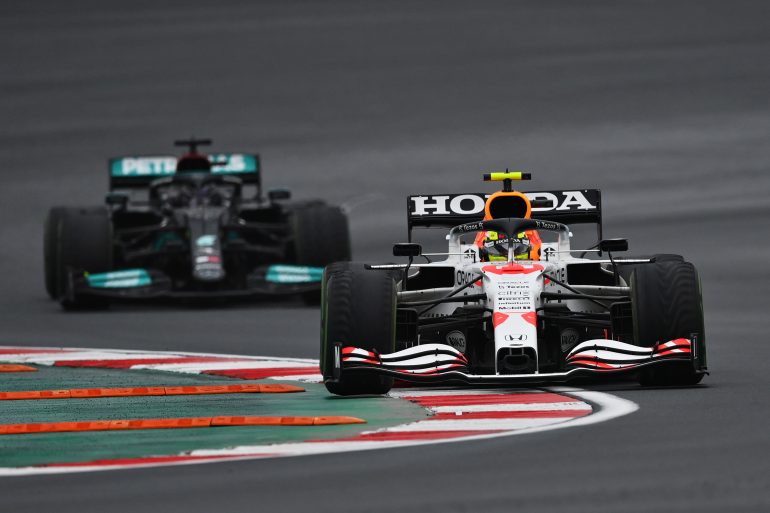 Red Bull worried about Mercedes’ upgrades: “We can’t get near”

The Turkish Grand Prix highlighted the obvious development of Mercedes, as the German team showed an outstanding and superior pace in Istanbul, which led to Valtteri Bottas’ victory. Red Bull is now worried about their possibility to fight back ahead of the last six races of the 2021 Championship.

Istanbul Park was supposed to be a favorite track for Red Bull but the Turkish weekend proved differently. Mercedes’ pace was undoubtedly uncontested and by far superior to the Bulls, who were left challenging for second place, behind Valtteri Bottas.

The salvation of the weekend for the Austrian team came from Mercedes’ choice to change Lewis Hamilton’s ICE and let the Brit have a 10-positions grid penalty, which resulted in the current world champion only finishing the race in fifth and in Max Verstappen retaking the Championship’s lead.

With only six races left to decide the closest Championship in years, Red Bull are now worried about their possibility to effectively contrast Mercedes, as admitted by team principal Christian Horner to Motorsport.com: “Their straightline speed has taken a significant step recently, and I think that whereas we could match them with smaller wings previously, now we can’t get near”.

The gap of performance was more visible than before due to the long straights present at Istanbul Park: “We saw that particularly at this circuit, where Lewis in particular had a significant straightline advantage with a bigger rear wing of the car. We’ve got to maximise our package as best we can. And, as I say, it’s surprising that they’ve made the step that they have with the power unit.”

Despite Red Bull managing to defeat Mercedes on some of the Germans best track, such as Paul Ricard, Christian Horner went on to lower expectations for the next United States Grand Prix in Austin: “We know the next race in Austin has been a Hamilton stronghold for quite a few years.”

However, Red Bull are considered the favorites for the following south American races, while the closing tracks remain a mystery: “But then Mexico and Brazil, hopefully higher altitude races tended to be quite strong for us in the past. Then I’m really not sure what to expect from the last three.”

Finally, the Red Bull team principal clarified how the team will need to be perfect in every aspect, such as strategies and pitstops to have a chance of obtaining the best result: “It’s going to be fascinating, but you know we are going to have to be at the very top of our game. We’ve managed to extract the maximum that we possibly could here [in Turkey], with great execution in the pit stops, and good strategy. So that was positive. But certainly this venue has been strong for Mercedes on outright pace.”