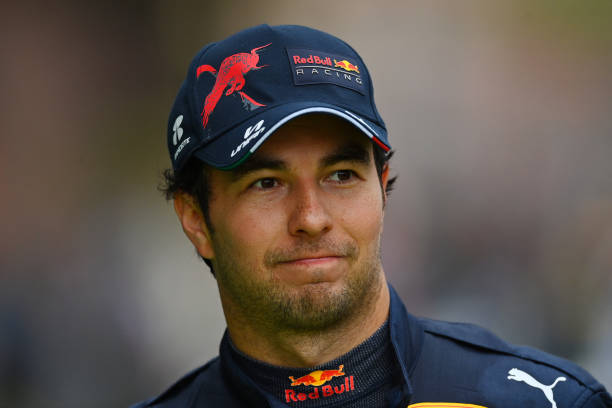 Sergio Perez is contracted with Red Bull until the end of this season. The team have been warned against parting ways with him.

With his contract ending at the end of the season, Sergio ‘Checo’ Perez will be looking to sign an extension with Red Bull to remain with the team. 2022 is only Perez’s second season with the team as he joined them for the 2021 season. He left Racing Point, now Aston Martin, in 2020.

The pairing of Perez and Max Verstappen has been successful for the team as they finished second in the Constructors’ Championship in 2021 and saw Verstappen win the title. Whilst Perez’s campaign last year was not as dominant as Verstappen’s, he played a crucial role. There were many times where we saw the Mexican defend against others like Lewis Hamilton, to give his teammate the best chance.

He has proved that he is a key player within Red Bull as well this year. He is third in the Drivers’ Championship with 54 points, only five behind Verstappen. Perez has been on the podium twice this season already, after narrowly missing out in Saudi Arabia and a DNF in the first round.

Perez has suffered the uncertainty of not knowing where he’ll be next season before. However, this time, Red Bull has been warned against splitting up the Verstappen-Perez line-up. Former Formula One engineer, Kees Van de Grint, has advised the team not to replace the Mexican. He believes that Perez should keep his seat in Red Bull.

“If Perez continues to perform as he does now, it would be madness to replace him.”

He continued saying that “you have to be honest enough to say that he is a bit slower than Verstappen, who is clearly the No 1. It is very clear who the boss is, but Perez has done a great job and they are a great team.”

Recently, the Red Bull driver has said we could see him leave Formula One. Perez said if the calendar continues to grow, he will definitely leave the sport for the sake of his family. One driver who could potentially take Perez’s place would be Pierre Gasly.

Gasly drove for Red Bull back in 2019 after moving there from Toro Rosso, now Alpha Tauri. However, he was soon dropped by Red Bull and returned to Toro Rosso as Alex Albon took the step up.

The Frenchman has been with Alpha Tauri since and continues to drive for the team. There are suggestions hinting that if Perez were to leave Red Bull, Gasly could return to the team, despite Van de Grint’s warnings.

Helmut Marko has spoken about Gasly and expressed his interest in keeping the young driver. Marko said when speaking to Formel1.de that in order to make a decision they “have to compare the performance of these two drivers.”

He added that “with Checo [they] still have until the middle of the year” but for Gasly, they could lose him.

“With Gasly we still have a contract until 2023, and it’s already clear that if this contract expires and we can’t offer him a chance to move up, we will most likely lose him, and we don’t want that.”

So, whether or not Red Bull heed this warnings or not, time will only tell. But going on this season’s performance so far, Perez looks to be the strongest, more logical choice for Red Bull.