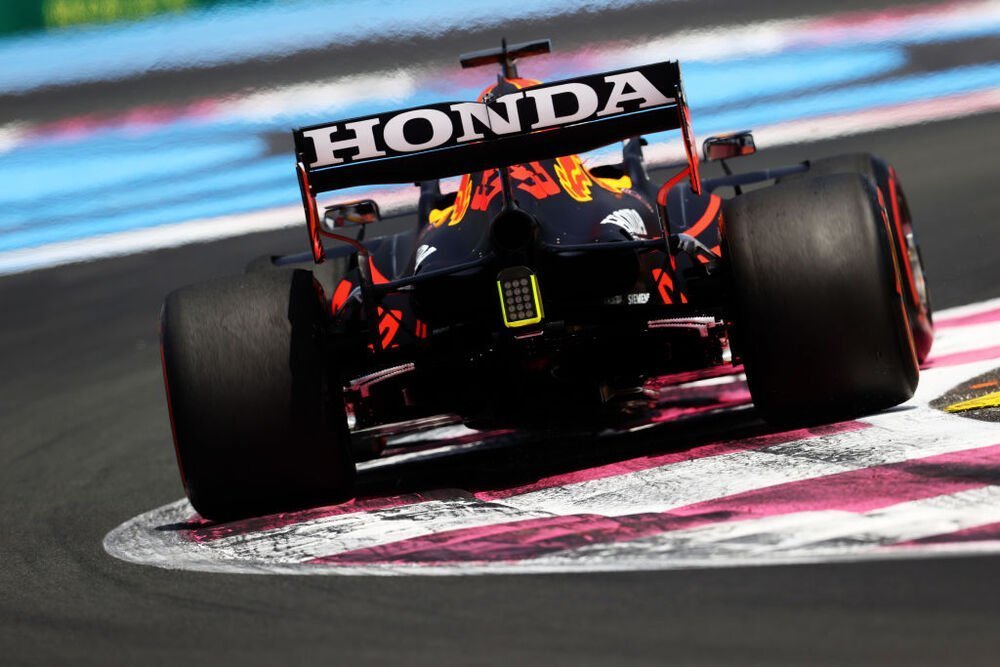 All the action from the afternoon session

Red Bull’s Max Verstappen set the quickest time of a relatively uneventful second practice ahead of the French Grand Prix.

The Dutchman was only 0.008 seconds ahead of Valtteri Bottas who was second quickest, ahead of Mercedes teammate Lewis Hamilton in third, 0.253 seconds off the pace.

It’s been a tricky start to the season for Bottas, who currently sits sixth in the drivers’ standings, 58 points adrift of leader Verstappen.

But the Finn looked impressive on Friday in France, topping first practice and narrowly missing out on top spot in the afternoon.

There has been some controversy at Mercedes ahead of this event, with Hamilton and Bottas swapping chassis – which left the current world champion complaining during the session and looking uncomfortable in the W12.

Sergio Perez in the other Red Bull – fresh off his win in Baku – was a second behind Verstappen, ending second practice in 12th.

The teams shifted their focus to long-run pace during the latter half of the session, with the majority of drivers setting their best times on the medium tyres.

Alonso and Leclerc set their quickest times of the hards, whereas Sainz in the other Ferrari’s best time was on the softs and ended the afternoon in eighth.

Nikita Mazepin struggled, suffering an early low-speed spin on the pit straight and later the chicane on the Minstrel straight.

The aggressive kerbs placed on the outside of turn two once again caused problems, as Verstappen damaged his car running over them.

Frenchman Pierre Gasly was seventh, ahead of Sainz, Kimi Raikkonen and Lando Norris.