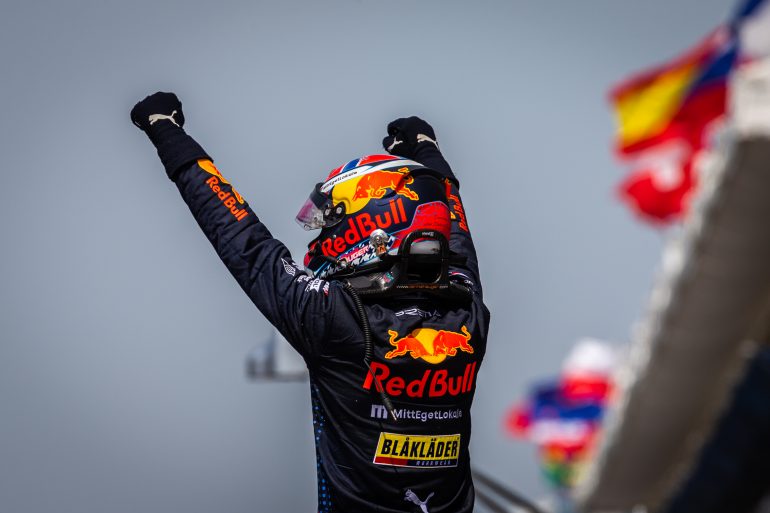 A busy morning for the Red Bull Junior Team as the drivers announced their 2022 plans. Surprise line-ups, new championships, and emerging stars for a season that seems set to be dominated in the feeder series by Milton Keynes’s protegees.

Mexican driver Noel Leon (17) will compete in the Formula Regional European Championship with Arden. Regarding the other younger drivers, Yuto Nomura (16) and Souta Arao (16) will race for FFSA Academy in the French F4 while Arvid Lindblad (14) will experience his first-ever single-seater Championship in F4 with Van Amersfoort.

Formula 3 will see once again many Red Bull stars: Isack Hadjar (17) will debut as a rookie for HitechGP. Alongside him, for their second year in F3 Jak Crawford (16) and Jonny Edgar (17) will race respectively for Prema and Trident. Moreover, Hadjar and Crawford will switch on the engines at the end of January to compete in F3 Asia.

Moving onward, the Red Bull suit will be a recurring theme in Formula 2 as five young drivers will compete to be Oscar Piastri’s successor. Rookie Ayumu Iwasa (20) will debut with DAMS. Fan-favorite Juri Vips (21) continues with HitechGP while Liam Lawson (19) will move to Carlin.

Finally, the most awaited line-up in the feeder series will be completely new in 2022 as Prema Racing will feature 2021 Formula 3 Champion Dennis Hauger (18) and Jehan Daruvala (23). As the news that sees the Italian team strongly affiliated with Red Bull might surprise the general audience, Prema boss Renè Rosin hopes the partnership will be successful, as reported by Formula 2: “We are also proud to work with the Red Bull Junior Team again, and hopefully, we will be able to add more chapters to our successful history together.”

Formula 1 will feature in 2022 a grid composed of 40% of drivers that currently are or have been linked with Red Bull and its academy. Hence, keeping an eye on these promising stars will be crucial in understanding the possible future of the Circus.