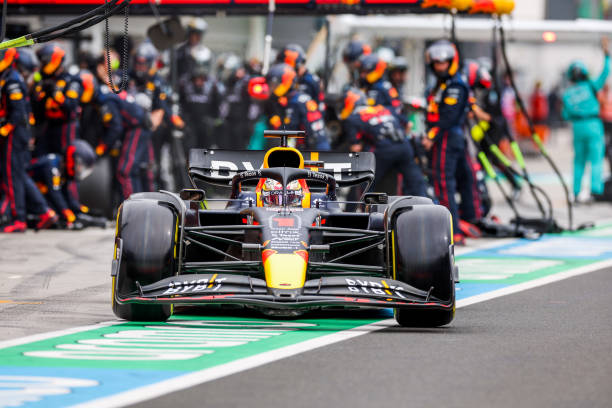 BUDAPEST, HUNGARY - JULY 31: Max Verstappen of Red Bull Racing and The Netherlands during the F1 Grand Prix of Hungary at Hungaroring on July 31, 2022 in Budapest, Hungary. (Photo by Peter Fox/Getty Images)

Is the agreement a sign of things to come?

Oracle Red Bull Racing’s partnership with Honda is extended until 2025.

Red Bull made the announcement today that Honda would be extending their technical support programme until 2025.

The partnership originally was set to terminate at the end of the 2023 season. However, due to its success, the technical agreement has been extended until the end of the 2025 season. This sees the agreement finish just before the new era of Formula 1 power unit regulations comes into force.

Currently, Honda provides technical assistance to Red Bull Powertrains which power both Red Bull Racing and Scuderia AlphaTauri. So far the partnership has been very successful. Despite teething problems, Red Bull currently leads both the Driver and Team Championships.

Comments from the Team

“Red Bull’s partnership with Honda has been an incredibly successful one and we are pleased that this will continue until the end of the current era of the FIA’s power unit regulations in 2025.”

The President of Honda Racing Corporation Koji Watanabe, added “We have agreed to continue supporting Red Bull Power Trains in Formula 1 through HRC, following Red Bull’s request to extend our current agreement, which HRC can meet within its existing resources.” He then followed up by stating HRC’s intentions saying “we aim to use our involvement in the pinnacle of motorsport for the development of technologies and of our workforce.”

Dr Helmut Marko, Motorsport Advisor to Red Bull Racing, expressed his thanks to Honda for the “positive response to working together.” He went on to add that “We have had a successful relationship so far, winning the Drivers’ championship in 2021 and currently leading the Drivers’ and Teams’ classifications, with the aim of securing both 2022 titles.”

The announcement has only fuelled rumours surrounding Porsche’s entry into Formula 1. It has been rumoured that Porsche is looking at buying 50 percent shares in Red Bull. Holding the intentions of entering as both a shareholder and an engine manufacturer from 2026.

With the Honda technical support programme ending at the end of the 2025 season, this leaves the door wide open for Porsche to enter as an engine manufacturer.

Although official confirmation is still pending, an agreement seems to have been reached.

Will we see Porsche supporting Red Bull Powertrains in the future?