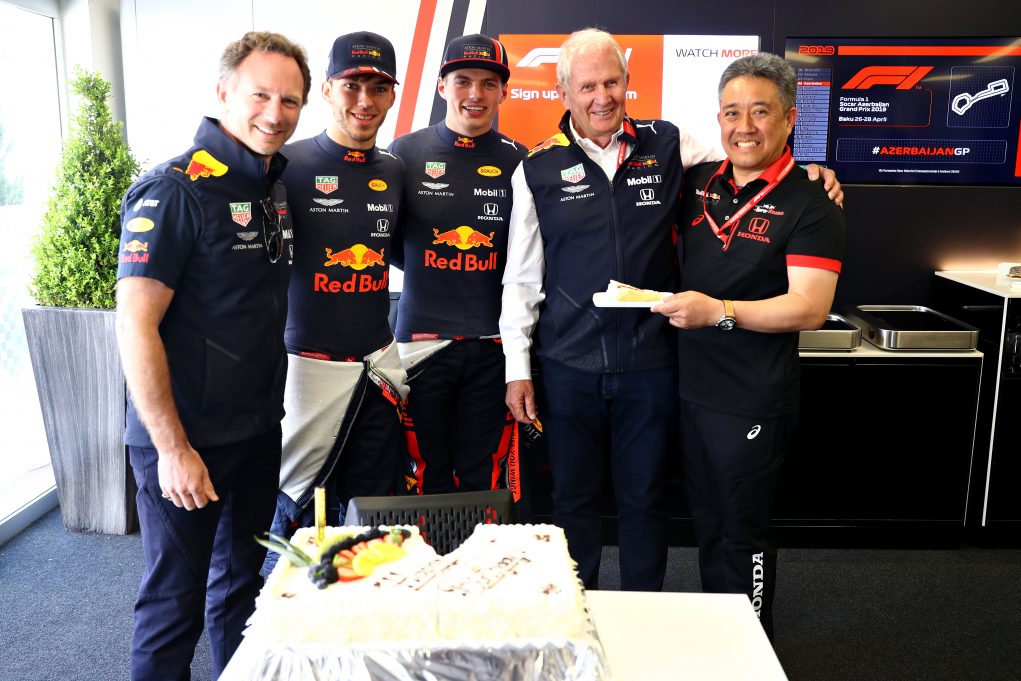 Helmut Marko has revealed that once a certain driver’s contract is up, Red Bull may lose him for good…

Pierre Gasly has been with Red Bull since 2014 when he competed in Formula Renault 3.5 in the Red Bull Junior Team. Since then, Gasly has been an important member of the Red Bull Group. He drove his way up the ranks and finally took a place at the top team in 2019.

After being demoted to sister team Toro Rosso, now Alpha Tauri, Gasly has made quite the name for himself. Gasly’s contract with the company is until 2023 so he has one year left, officially.

Due to Gasly’s stellar performances, Marko is sure that once the contract is up Gasly will be gone, unless he gets another chance at Red Bull.

Red Bull currently have the driver pairing of Max Verstappen and Sergio Perez. Max has signed a contract with the team until 2028.  This means that Perez is the only driver that could make way for Gasly.

Marko reportedly doesn’t want to lose Gasly but is the team willing to give up Checo for this very reason.

It seems like 2022 will be the year to determine whether the seat will go to Gasly for ‘one last try’ or whether the team will retain Checo. Marko has said the best way to decide will be “to compare the performance of these two drivers, and with Checo we still have until the middle of the year”.

As we all know, Gasly didn’t do too well with Red Bull his first time around and many thought he lost his chance. however, he’s put in such a tremendous effort, many are calling for him to be back in the top team.

Gasly, himself, wants to be with a top team as he wants to win. If RedBull can’t provide him with a car to win he will likely seek other deals.

“I want to win in Formula 1 and I’ve got to have a car which allows me to win. “

Motorsport legend, Gerhard Berger has even come out and said that Gasly is “good enough to get a second chance”.

This season will determine whether Gasly will get the second chance. Red Bull mastermind, Marko, believes that Gasly will go elsewhere after this year. Marko is in agreement with Berger.

They both see that Gasly is an extraordinary talent which is why he believes the Frenchman will go elsewhere.

“With Gasly we still have a contract until 2023, and it’s already clear that if this contract expires and we can’t offer him a chance to move up, we will most likely lose him, and we don’t want that.”

Do you think Gasly will move to a different team?