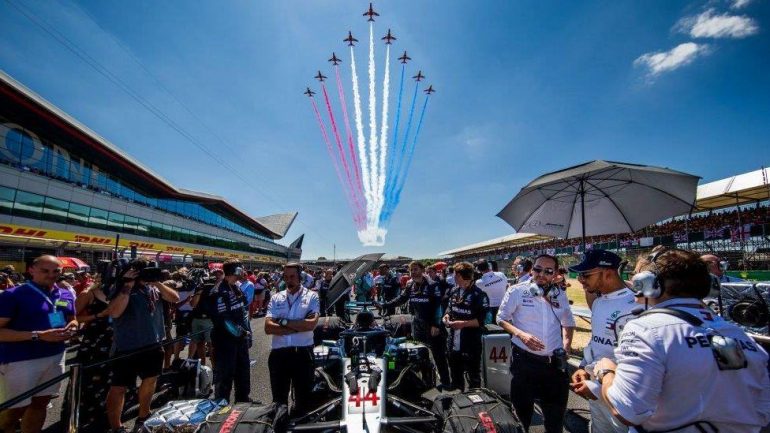 Red Arrows: Back at Silverstone

Despite the 2022 ban on all military aircraft shows at Grand Prix, Silverstone will still have the Red Arrows.

The Red Arrows being shown before the British Grand Prix are exempt from the F1 ban on all military showcases. This is great news for British F1 fans as the Red Arrows have become an integral part of Silverstone’s pre-race festivities.

It is suspected that the ban has come into force due to f1’s commitment to sustainability. It was also worried that Military Showcases are a unique way to subliminally show off a country’s military strength.

That is definitely not the message F1 wants to put forward. Especially with their commitment to “We Race As One”.

Because The Red Arrows are technically not a military display, they remain exempt from the ban. As they are classed as a Royal Airforce Acreoatic Team, they fall into the category of “commercial and civilian display”.

Commercial and Civilian displays are permitted under the ban, as long as they use sustainable fuel.

Currently, the RAF has a temporary exemption from the sustainable fuel requirement but is currently researching how to make their fuel and iconic smoke trails more sustainable.

Although the Red Arrows are confirmed to be flying at Silverstone this year, it is unknown whether other countries will be allowed to host similar displays.

This will depend on what sort of jets the other countries intend to use. Because The Red Arrows use trainer jets, this classifies them outside of “military aviation”.