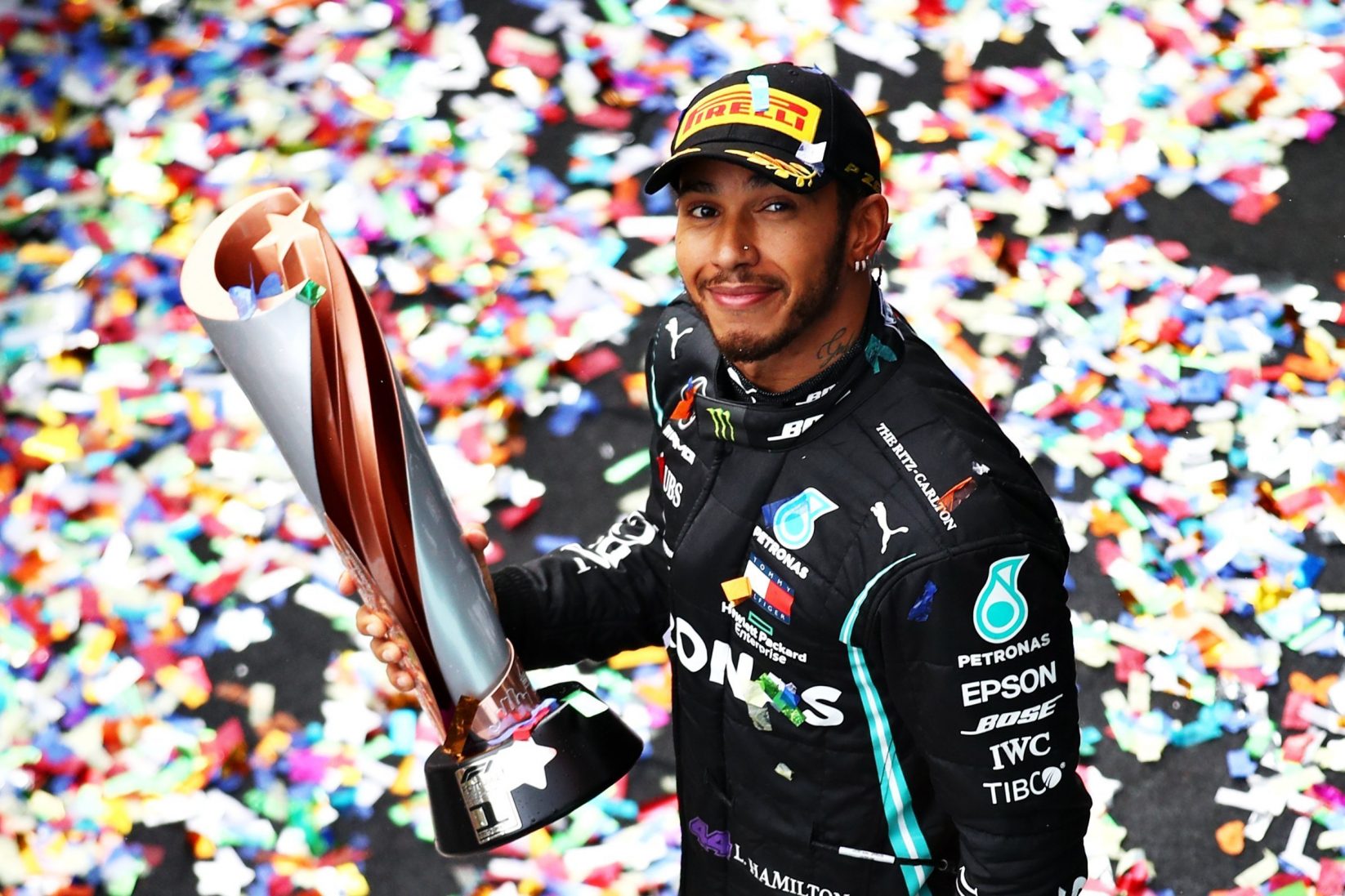 Records that Hamilton could smash in 2021

Now that Sir Lewis Hamilton has finally signed his contract to remain at Mercedes in 2021, there are a number of milestones that the seven time world champion could reach in what could be his final year in Formula One.

In 2020 he rewrote the history books by equaling Michael Schumacher’s record of achieving seven world driver’s titles. This year it is looking likely that he could break this record, becoming the most successful Formula One driver of all time with eight titles to his name.

He also has the chance to grab 4000 career points. Currently on 3778, he has surpassed Sebastian Vettel’s record of 3018 points. It is an unrealistic measuring tool as Formula One has more races and more points available nowadays, but with only 222 points to claim to reach 4000, he doesn’t even need to win the title to hit it.

Michael Schumacher currently has the record for most laps led in a Formula One career, with 5111. Hamilton is following closely behind with 5099, and could smash that record aswell if Mercedes continue this dominant run. Another of Schumacher’s records that Hamilton could, and most certainly will break, is consecutive seasons with a podium finish. Schumacher currently stands on 15 with Hamilton only one behind. We could see this matched on the first race of the season and broken by the second!

Hamilton also matches Schumacher with most wins at a Grand Prix. Schumacher has had 8 wins at Magny-Cours, while Hamilton has had 8 wins in Hungary. This could be nine this year, with another record smashed. There are also 23 races this year, we hope, and Hamilton has the chance to break the record of winning the most races in a single year. This a a record which Schumacher holds, with 13 races won in an 18 race season. Hamilton follows closely behind with 11 races won in a 19 race season. It would make the season very boring if he were to dominate race wins over a 23 race season, but it would be another record broken.

With Hamilton signing a one year deal with Mercedes, who knows if he will resign in 2022. I guess it all depends on his performance this year. Will he dominate once again and smash the record books to retire? These records will not be broken again in my generation, so it is a strong possibility.