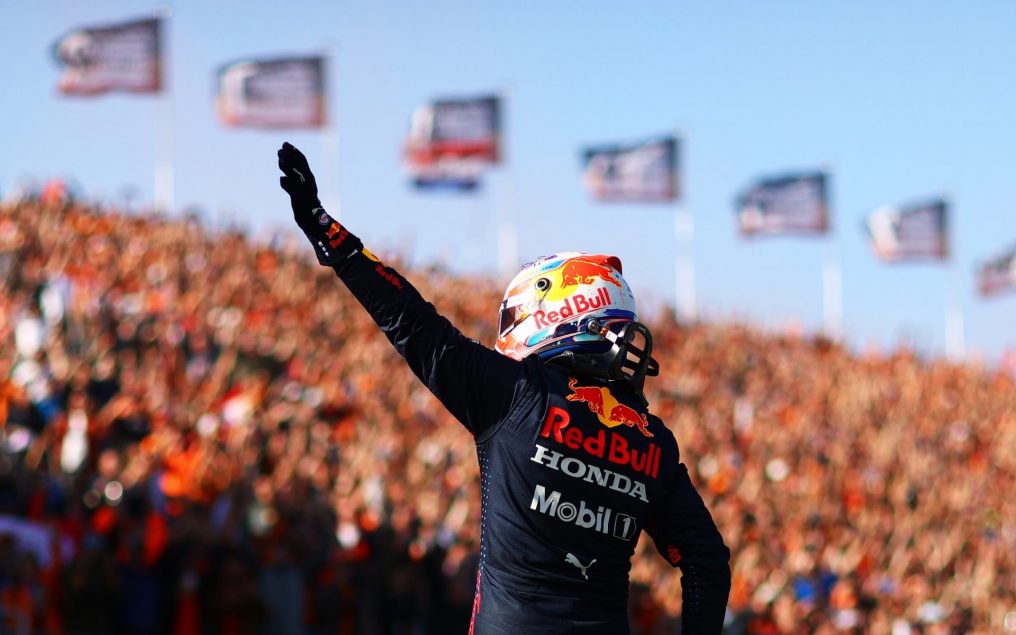 It’s finally race day for the Dutch Grand Prix. All the practices are done, the qualifying has been run, and it’s time for lights out. Keep reading for our race preview, including some very important information released by Pirelli.

Max Verstappen qualified on pole, after clearly having the fastest car all weekend. A DRS failure on the final straight made the gap to Lewis Hamilton in P2 much closer than it should have been. Lewis later blaming the lack of running in P2 as to the reason he isn’t on pole.

On this undulating, banked circuit, however, pole is not crucial. If Lewis can start well from P2, he has a good chance of heading into the first corner in the lead, as he will have the inside line.

Valtteri Bottas lines up an impressive P3 for Mercedes, doing his job to perfection, allowing two Mercedes to face one Red Bull, a factor which can have a major advantage when it comes to strategy.

Lap 1 wise, expect some close calls in turn 4. The banked turn 3 has 3 lines through it, which all need to merge into 1 line by turn 4. All 20 cars will be scrapping, and sometimes 3 into 1 doesn’t go.

The pitlane is very compact at Zandvoort, should a safety car come out, and all the cars box in one go, this could cause absolute chaos.

There was a small risk of a wet race, but this damp weather has not arrived. Everyone can now collectively breath a sigh of relief given the events in Spa.

By Catherine Micallef15 hours ago

Pirelli tyres are the real talking point of the weekend. A one-stop strategy is the expected way forward, but no one really knows how the tyres will cope in the race, and excessive degradation could lead to a two-stop.

Different teams have different tyre sets available. Although this week, there is less variation between the teams than in some previous weeks.

The Mercedes have one more set (albeit used) of the medium tyres than their rivals, could this push them more towards a two-stop strategy? Sergio Perez is in the fastest car of the weekend but got knocked out in Q1, therefore having lots more new sets of softs than the other frontrunners. But on a circuit where it’s difficult to overtake, he could find it hard to make up positions.

We are all set for a thriller at Zandvoort today. Now we await those magic words… It’s lights out and away we go.