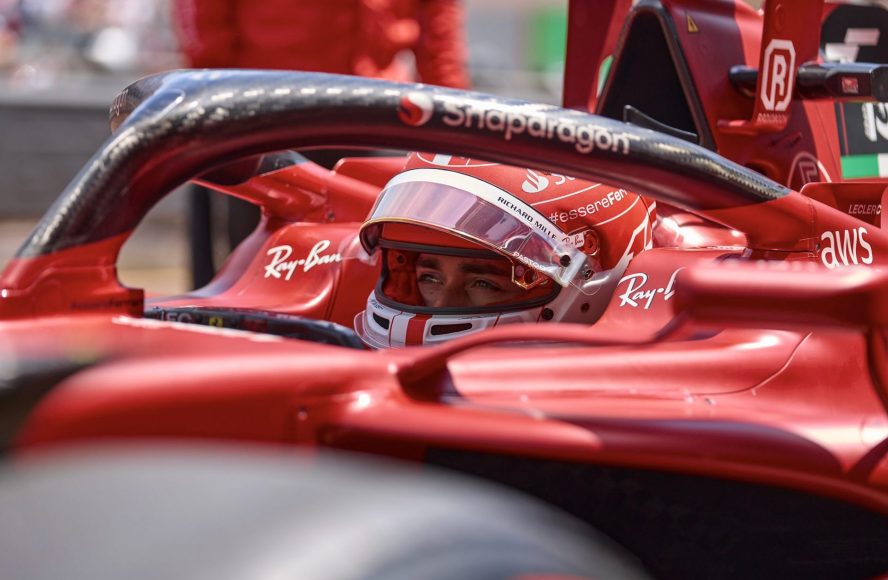 Drivers took to the bumpy tricky track on soft tyres to manage the 28°C temperature in Monte Carlo.

Ferrari and Red Bull came out strong to cover the starting positions of the best qualifying of the year.

Sergio Perez and Carlos Sainz matched times with a 1:13:292. A spread of four seconds split across the top drivers.

Lewis Hamilton got himself up into sixth with decent pace just +0.505 off the qualifying leader. Charles claimed a 1:12:569. The Monegasque driver delivered to impress the grandstands.

A red flag appeared towards the end. The clock stopped with just over two minutes to go as Tsunoda locked up and hit the barriers. His AlphaTauri car was taken into the pit lanes after destroying his left front tyre resulting in a puncture.

Yuki had a brush with the barrier at Turn 10, but made it back and he’s already out on track 👊 pic.twitter.com/UndErOw6TJ

As the session resumed, McLaren fought hard to continue on. Norris and Ricciardo were almost at risk but clinched it with brilliant laps in the end.

For the first time, Pierre Gasly was out in Q1. It was rather unfortunate for the Frenchman who attempted to avoid debris, was surprised by the flag and missed out.

Drivers moved to a different rhythm as track temperature rose to 51°C. Confidence was key to push at the right pace.

Leclerc looked great on track with a 1:11:864. By far the quickest of all the drivers. Ferrari found their strength. Then Charles was called in to the weigh bridge by the FIA. Soon enough, he was released to continue racing.

Mercedes managed to step up. Lewis Hamilton did his best to get everything out of his car. Russell revealed how powerful pace too.

For the second time this season, Valtteri Bottas lost his chance to trek on. Also, it was a disappointing time for Daniel Ricciardo.

For the first time since Australia, Esteban Ocon is in Q3. The Frenchman finally figured out what works for his pace.

Some drivers chose to switch the new softs while others stayed on used tyres. George Russell had his lap time deleted for crossing over the chicane. Warm up laps and then a push lap seemed to be the key strategy.

Fernando Alonso clipped a kerb but performed an impressive lap just +0.871 off the front runner.

Another red flag flared up as Sergio Perez and Carlos Sainz caused a traffic jam. Perez slid round the righthander and Sainz sailed right into him. There could be potential damage to the cars. This caused Verstappen to stop which denied him a chance to improve his lap time.

The Ferrari cars are strong. Red Bull will have to find their wings to advance. Let’s see if Mercedes and McLaren may improve too tomorrow.