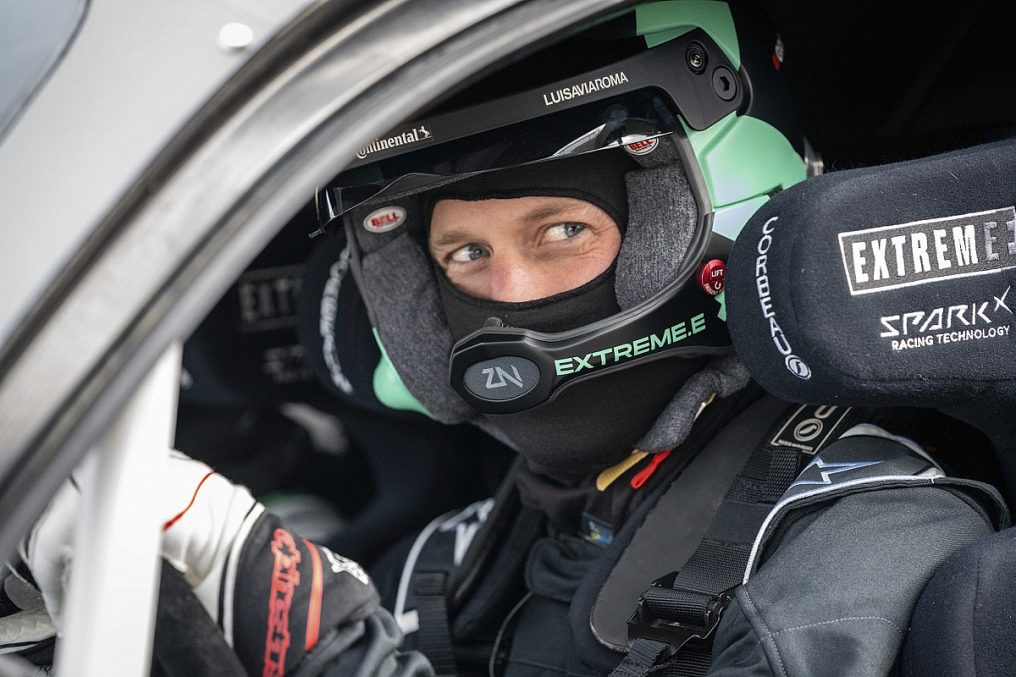 Prince William Goes Behind the Wheel of an Extreme E car

The Duke of Cambridge was given a masterclass in electric racing on 22 May at Knockhill Racing Circuit, Scotland, with Extreme E – the series that highlights global climate change issues through motorsport.

The test drive was organised ahead of United Nations Climate Change Conference in Glasgow in November. He had previously also tried Formula E Mahrinda’s Racing simulator as part of his tour of India back in April 2016.

He was joined trackside by Lewis Hamilton’s Team X44 junior engineer George Imafidon and the Andretti United Driver Catie Munnings who offered some advice and tutored him on how to get the best out of the car.

The Prince admitted, “I clipped the chicane at the end. Just touched the end of it”, and told the championship co-founder and chief executive officer Alejandro Agag: “That was awesome. Loved that.”

Agag added: “It was a great honour for Extreme E to host Prince William at Knockhill today.

“It was a fantastic opportunity for us to show him the ways in which we are working towards the same shared goals around a lower carbon future for our planet.

“I think he really enjoyed his experience behind the wheel of the Odyssey 21, under the expert instruction of Catie.”

But Munnings added how he “grasped the basic skills quickly” whilst on his short test drive. She added how he felt “at ease” driving the electric SUV vehicle and said: “Today will certainly be one of those days that I won’t forget in a hurry!

“It was an absolute honour to meet The Duke of Cambridge and to teach him about the ODYSSEY 21 and some of the key attributes of these incredible machines.

“Sustainability is a central messaging pillar of Extreme E and with the Earthshot Prize, it’s fantastic to see that we are all working towards a common goal of a cleaner, more environmentally-friendly future.”

As well as understanding more about the series’ electrification, environment and equality background, the Prince was able to take a look at Extreme E’s hydrogen fuel cell – created in collaboration with British-based AFC Energy – which charges its electric race fleet using zero-emission energy.

He was shown around the Odyssey 21 machine by George Imafidon, a junior engineer for seven-time Formula 1 world champion Lewis Hamilton’s X44 entry.

“It was an honour to be at the event today and to meet His Royal Highness Prince William”, Imafidon said.

“As a recent engineering graduate myself, it’s incredible to see how the motorsport world is responding to the climate crisis, something my generation in particular cares deeply about.

“To have His Royal Highness here today just shows the ambition of Extreme E in making a positive difference to the planet, and I’m incredibly proud to be a part of it through my team, X44.”

The next X-Prix is taking place this weekend 29-30 May in Senegal for the Ocean X-Prix.