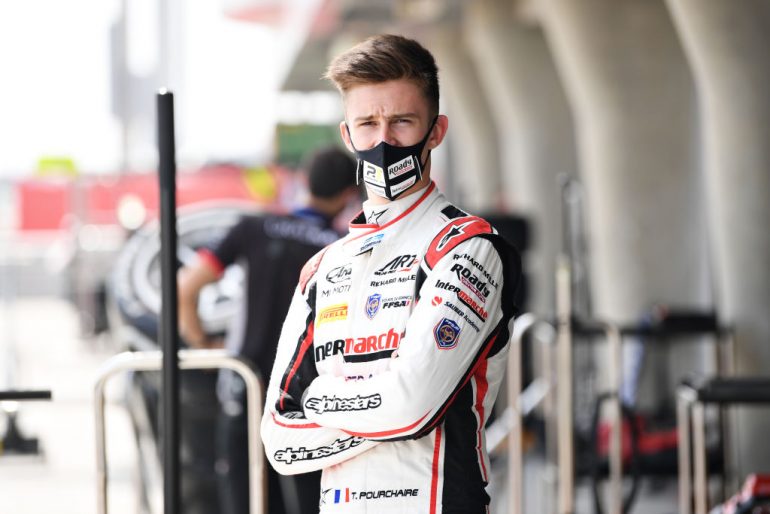 BAHRAIN, BAHRAIN - MARCH 08: Theo Pourchaire of France and ART Grand Prix looks on in the Pitlane during day one of Formula 2 Testing at Bahrain International Circuit on March 08, 2021 in Bahrain, Bahrain. (Photo by Michael Regan - Formula 1/Formula Motorsport Limited via Getty Images)

Pourchaire on Alfa Romeo: “We don’t hold each other back”

Theo Pourchaire is set to be one of the main protagonists of the Formula 2 season to come. Formula 2 and Formula 3’s youngest ever race winner is part of the Sauber Academy but admits he is ready to grab any opportunity given to step up to F1.

The 18-years-old quickly showed his talent through the feeder series, finishing second in his rookie F3 season, and winning in Monaco in his first year in Formula 2. This year with Art Grand Prix, the objective is clear as reported by F1 Feeder Series: “The title is the target. It’s an objective that Fred and I set for this season. It’s not necessarily a requirement but it’s the target.”

Nevertheless, the founder of Art Grand Prix Fred Vasseur strongly believes in Pourchaire’s talent, hence the support given to the Frenchman by the Sauber Academy throughout his career: “It’s more of a family. They don’t have a lot of drivers, there will only be two this year, the second one will be announced shortly. I’m their biggest hope for the moment. It gives me important financial help for F2 and all these F1 testings. It also gives me the opportunity to use the simulator, to work with the F1 team. I’m already one foot in the world of Formula One.”

However, while Pourchaire recognizes the support granted by Alfa Romeo, the Frenchman acknowledges the team’s drivers aren’t set to leave any soon: “It’s a fact that Bottas has a contract for several years and it’s also sure that Guanyu Zhou brings a lot of budget, he is doing a lot of good for the team. In my opinion, it is in the team’s interest to keep him because he is one of the main reasons the team can survive.”

As declared by Pourchaire himself, Zhou’s arrival at Alfa Romeo has strategic importance for the team’s survival. Not only Zhou’s sponsors will fund Sauber but also the Alfa Romeo brand is expected to be positively impacted in China. Hence, although the Chinese driver was part of the Alpine Academy, Vasseur chose the driver for the future of the team.

Similarly, while Pourchaire admits “other options, arrangements with Sauber” are possible, the Frenchman didn’t deny that moving to F1 with another team cannot be excluded: “It’s all contracts, they can be modified or bought. But my objective is to do F1 with Alfa Romeo. They’ve helped me for so many years, it would be the logical step for the team and for me. But we don’t hold each other back.”

If on one side the Frenchman will take part in “at least one FP1 this season” during a race weekend without Formula 2 as agreed with Vasseur, on the other side with many drivers’ contracts expiring at the end of 2022, Pourchaire will surely be part of the silly season to come and his journey in F2 this season must be kept a close eye on.