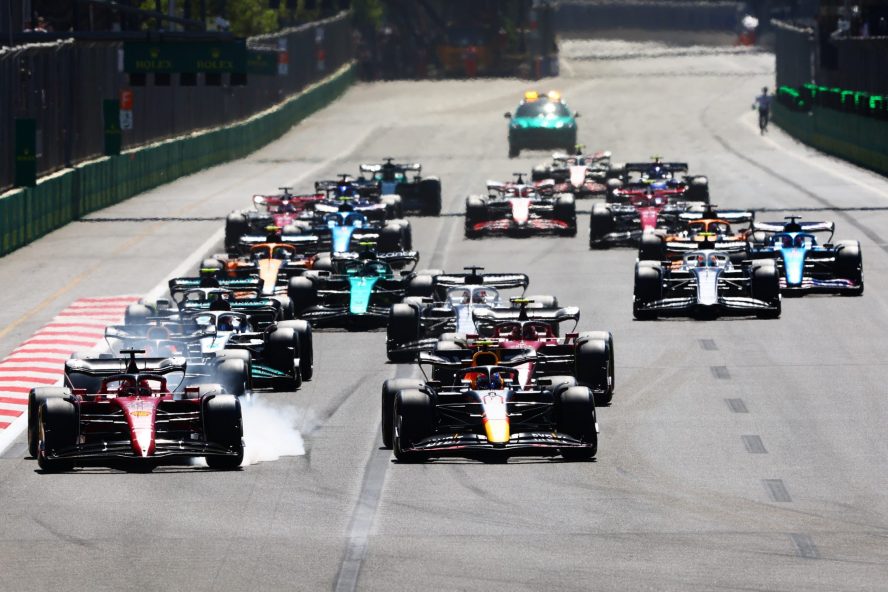 A potential new rule could see drivers who cause flags during the session to be penalised...

After numerous flags in qualifying at the past two races, the idea of a new qualifying rule is backed by many drivers.

We’ve seen it time and time before. A driver is on a hot lap and a yellow or red flag stops what could’ve been amazing. Well, a new qualifying rule could penalize those who caused the flags.

The issue has become a talking point after Alonso’s visit to the escape road that brought out the yellow flags. That being said, it has been an issue for a while now, especially on street circuits.

Last year’s champion at the Monaco Grand Prix, Max Verstappen, had his final lap ruined by pole-sitter Charles Leclerc who crashed into the wall and prematurely ended the session.

Luckily for Max, Charles’ mistake was costly for himself. Leclerc failed to start the race so Max was effectively on pole.

This year, Verstappen wasn’t as lucky. Red flags were brought out by Perez and then Sainz so Max’s last lap ended. After these incidents, Verstappen did believe that there could be penalties imposed for red-flag causes but nothing happened.

Going back to Alonso’s incident. Alex Albon thought Alonso’s trip to the exit road was deliberate and an attempt to curtail the other drivers’ progress behind him.  Albon was extremely outspoken and also supported a qualifying rule change.

The incident was informally reviewed by the FIA and Alonso was sent to Race Control. Like in Monaco, nothing monumental came from the investigation.

What it did do, however, was start the discussion about potential penalties. Verstappen’s comments are now being considered along with a new qualifying rule.

The drivers have commented on the potential rule and many seem in support of it.

McLaren’s Daniel Ricciardo did bring to light a possible issue of the rules. He commented on the differences between actual accidents and unsportsmanlike behavior. Ricciardo said that “It’s tough because every incident will probably be a little bit different”.

A very valid point here is- how will stewards determine accidents and incidents done on purpose.

Ricciardo continued to share his thoughts on the issue and presented a good middle ground idea.

Unless you’ve frickin’ totalled your car, if it’s just like a little lock-up or an escape road or something, then I feel like if you’ve caused something then maybe we should look into being penalised or something for it. Maybe a deleted time could be could be a good way of looking at it.”

Other drivers such as Lando Norris, Estaban Ocon, and even Fernando Alonso himself have supported the idea of this new qualifying rule.

When it comes to qualifying tactics, drivers can get very sneaky. This potential rule could stop the worst of it. Although drivers could get potentially get penalized for true accidents, the initiative to stop bad tactics is a good one.

Just like many on-track incidents, each event will be looked at and considered in great detail so maybe if a driver does “totally (their) car”, they might not see penalties.

The potential rule is being examined now and could come into effect by Friday. This would be in time for FP1 at the Canadian Grand Prix. The issue is mentioned in the sporting code book so the qualifying rule could be put in place very quickly.