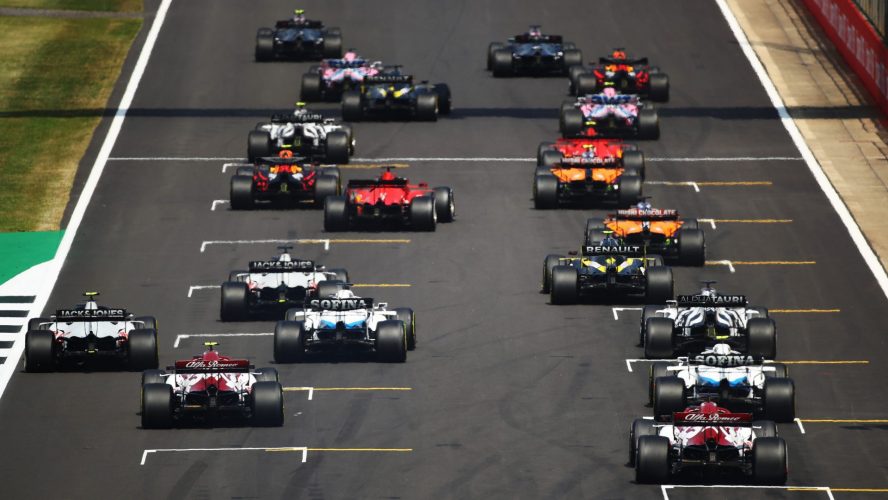 NORTHAMPTON, ENGLAND - AUGUST 09: A general view of the grid at the start of the race during the F1 70th Anniversary Grand Prix at Silverstone on August 09, 2020 in Northampton, England. (Photo by Bryn Lennon/Getty Images)

Reports suggest that Colombia might be added to the 2024 calendar as the Caribbean Grand Prix as the mayor of a Colombian city suggested that the “process is going very well.”

Earlier in the week, Formula One confirmed the 2023 calendar. It features 24 races, which makes it the largest calendar in F1 history yet. In 2020, the Concorde Agreement was signed and it lasts until 2025. It states that the maximum number of races allowed per year is of 25.

Currently, the Brazilian Grand Prix is the only South American race featured on the calendar. If F1 were to reach an agreement with Colombia, they would go on to name it the Caribbean Grand Prix. Jaime Pumarejo Heins, mayor of the Colombian city Barranquilla spoke to MARCA on the potential race.

No Grand Prix was ever held in the South American country, however, it remains one of the most popular sports. Colombia produced three drivers, their best being Juan Pablo Montoya. None of them ever won a championship but Montoya managed to win seven races and finish third in 2002, the year that Ferrari were dominating the scene.

Another Colombian driver was Roberto Guerrero but he had a less successful career. He started 21 races and never scored a single point. On the other hand, Ricardo Londono attempted to qualify for the 1981 Brazilian Grand Prix, however, he did not start.

Jaime Pumarejo Heins said that Formula 1 bosses already visited the city of Barranquilla. It is located in the north of Colombia and it is both a city and a district. It lies on the Caribbean coast and is 1,000km far from Colombia’s capital, Bogota.

He said, as reported by Marca: “What we can say is that the process is going very well. Progress has been made in all the previous steps, before a final decision. The climate change effort we are making in the city would be one of the most important points of this grand prix. In addition, it would be self-sustainable, ie, the development of the race would not cost the country and the city, but, on the contrary, would bring employment, tourism and recognition. In one of the routes the river is the protagonist, in another not, but both are in the metropolitan area of Barranquilla.