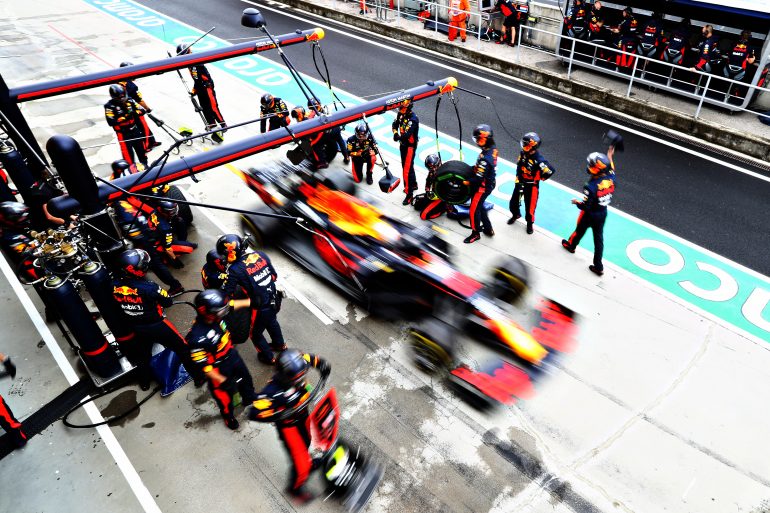 The United States Grand Prix is building up to be once again a showstopper. Max Verstappen unexpectedly conquered the pole position ahead of Lewis Hamilton, who was considered the favorite. With strategies providing essentials so far in the season, tyres’ management and chosen compounds can make all the difference.

According to Pirelli, fans can expect pit stops to come into the game even more: “With the high temperatures and high abrasion at COTA, a two-stopper looks optimal tomorrow, especially as the warm weather is expected to remain for the race.”

The starting compound is not supposed to impact the preferred strategy: “The exact strategy that each driver selects will also obviously depend on the tyres that they have left in their individual allocations, but the fastest way on paper to tackle the 56-lap race involves one stint on the P Zero Red soft or P Zero Yellow medium and two on the P Zero White hard. These two options appear to be very close.”

Regarding a one-stop strategy, it’s considered a gamble because of the high temperatures and track characteristics: “Managing the wear and degradation on the soft tyre is going to be crucial, so those wanting to try a one-stop strategy will only be able to do this using medium and hard, but this appears not to be easy to achieve. As can be expected at this stage of the season, there are a few drivers starting out of position due to engine change penalties: they might be tempted to fit the hard tyre at the start and run a long first stint to gain track position. However, COTA is a circuit with several overtaking opportunities and a reasonably small pit lane time loss, so the advantage of a one-stop strategy could be slightly less than usual.”