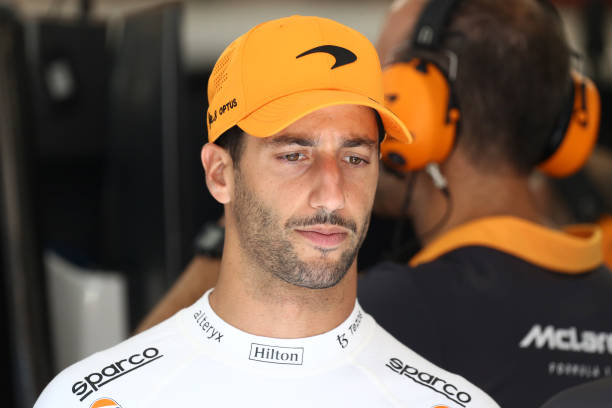 As Oscar Piastri’s F1 future hangs in the balance, the 2023 grid is more uncertain than ever. Even drivers with contracts could switch teams, including McLaren’s Daniel Ricciardo.

It has been a whirlwind couple of days to start off August. You wouldn’t be blamed for losing track of the chaos – let’s work through everything that has happened so far.

Following Sebastian Vettel’s retirement news last week, it was announced that Fernando Alonso would take his Aston Martin seat in 2023.

This revelation was not only a shock to fans of the sport, but also to Alpine team principal Otmar Szafnauer. He told numerous press outlets that he was under the impression that the Spaniard would remain with Alpine. In fact, Alonso was “very, very close” to finalising a deal with the French team.

This surprise move led to Alpine announcing that reserve driver and fan-favourite Oscar Piastri would partner Esteban Ocon in 2023. After charging to victory in the lower formulas, it was about time that the young Aussie got a shot at F1.

However, just hours later, Piastri took to social media to reveal rather frankly that no such contract had been signed. And with that, the rumour mill got to work.

Piastri is managed by ex-Red Bull driver Mark Webber. Prior to Alonso’s move to Aston Martin, it was believed that Alpine had no free seats for the youngster. Consequently, Piastri’s only options for 2023 presented to him by the team were a loan to Williams or another year as a reserve.

Of course, as any ambitious young driver would, Piastri wants to drive for the best team available to him. This led to an alleged agreement with McLaren that would see Ricciardo replaced by his fellow Aussie.

What will happen to Ricciardo?

Despite Ricciardo’s inconsistent performance at the papaya team so far, no one can forget that he is a multiple-race winner. This thereby makes him an attractive option for several teams.

Faced with intense criticism earlier in the season, he expressed that he would fulfil his contractual obligations and race with McLaren until the end of 2023. Despite this, it was confirmed by CEO Zak Brown that there were mechanisms that could see Ricciardo make a premature exit from the team.

If Piastri were to emerge victorious in the inevitable legal tussle with Alpine, Ricciardo may be left without a seat. However, Szafnauer confirmed that returning to the French outfit is a possibility.

Speaking to Motorsport.com, the team principal revealed that Ricciardo’s previous work with the team would not be an obstacle.

“I mean, if you look at Fernando, for example, he comes and goes, and I think that happens to other drivers too,” he said.

“And I don’t think that’s an issue at all. I think what we need to focus on is, like I say, the plans that we have for the next 89-88 races.

“We’ve got to make sure that we complement that plan with the best driver that we can, and there are some options out there for us. And we put the best driver in next to Esteban [Ocon], so that we can move forward towards what we’ve been planning.”

The Aussie drove for Renault, Alpine’s previous reincarnation, in the 2019 and 2020 seasons. Whilst the team struggled with reliability in 2019, things were looking up the following year. Many believed that Ricciardo would take them from strength to strength, but he jumped ship to move to McLaren for 2021.

Will Piastri drive for McLaren, Alpine, or neither?

To be perfectly honest, not even Szafnauer knows the answer to that question. Alpine’s social media teams have kept up the post announcing Piastri, suggesting that the team still believes they are in the right. Frustratingly for them, Piastri believes exactly the same thing.

As reported by Autosport, Szafnauer has faith that their reserve driver is not permitted to decline the offer of an Alpine seat. He seems pretty confident that Piastri will race for him, even saying:

“Oscar is our number one preferred candidate. And that’s what we’re going to do.”

Szafnauer continued:  “I’m not privy to whatever pre-arrangements he has with McLaren, if any at all. But I hear the same rumours that you do in the pitlane. What I do know is that he does have contractual obligations to us. And we do to him. And we’ve been honouring those obligations all year.

“So therefore we do have a legal contract with him into the future for ’23. And if an option is taken up, for ’24. So I don’t know what he’s done with McLaren. Like I said, I’m not privy to that.”

All this chaos – or the ‘Piasco’ as some on social media have dubbed it – is only the beginning of this year’s silly season.

Several driver contracts are coming to an end, including:

Speaking of Williams, the team will be making an announcement at 15:00 BST today. It may be completely unrelated to the driver market, but you never know.

With a multitude of academy drivers and F2 racers waiting in the wings, it seems that no one is getting a relaxing summer break.