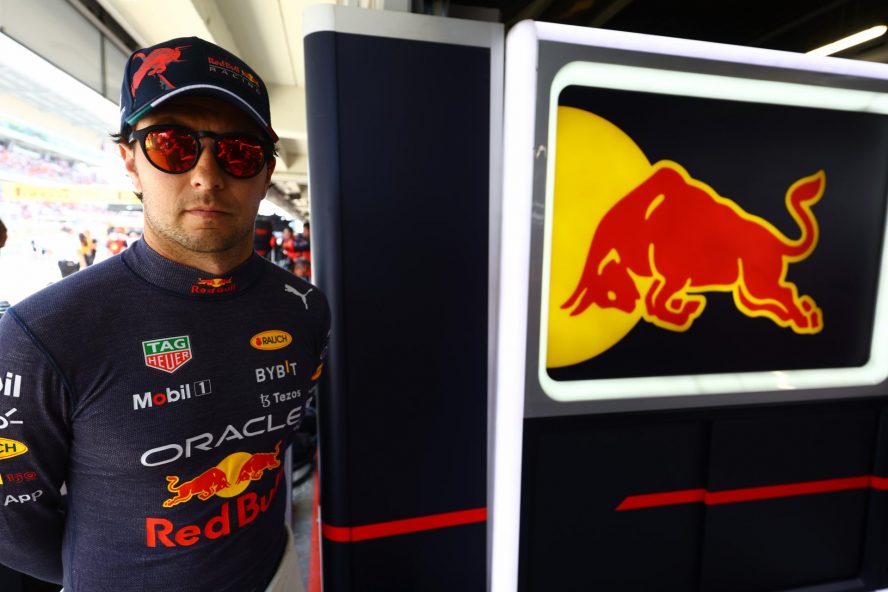 BARCELONA, SPAIN - MAY 22: <> during the F1 Grand Prix of Spain at Circuit de Barcelona-Catalunya on May 22, 2022 in Barcelona, Spain. (Photo by Mark Thompson/Getty Images)

Red Bull driver Sergio Perez was one of the main protagonists of the Spanish Grand Prix. Ultimately finishing in second behind his teammate Verstappen, the team’s dynamics were heavily debated during the race as the Mexican allowed the reigning Champion to pass him twice via team orders. However, Perez admitted he will need to check with his team what could have gone his way during the Grand Prix.

Sergio Perez letting Max Verstappen through might not be the most surprising event to happen in a race. Indeed, the team’s hierarchies have always been well defined within the Bulls and Verstappen has always admitted gratitude to his teammate for following “favours” such as team orders. However, the Mexican’s reaction during the Spanish Grand Prix and his post-race declarations outlined a bad feeling toward the team, almost openly accused to have taken away the victory from Perez.

Despite that, the 32-years-old seems to have now rethought his position while admitting the need to discuss with the team the different scenarios, as reported in the latest Red Bull press release: “It’s a great result, we are leading the Constructors Championship so, although I obviously want to win, I have to be realistic and I am happy with the Team result. My frustration on the radio was in the heat of the moment but I need to speak with the Team to understand a few bits from the race. Sometimes when you are driving you can’t get the full picture, so it is a normal thing to debrief things to understand the race. “

Realistically, while team orders surely eased Verstappen’s victory, the different strategy and pace from the Dutchman would have eventually led Verstappen to pass Perez anyway and the avoidance of an internal battle between the Bulls helped keep the 1-2 safe from George Russell’s threat.

📻 “Thank you, mate.” Max and Checo switch positions at the front.

Hence, Perez ended up admitting that circumstances simply favoured Verstappen, whose strategy was changed during the race following his spin and DRS issues: “It wasn’t about Team orders today, what really changed my race was going onto different tyre strategies and that worked better for Max and, at the end of the day, the Team because we managed to both get past George. I could have won today but making the two-stop work was difficult and it turned out that the three-stop was the better strategy. “

On the team’s side, Red Bull Racing Team Principal Christian Horner explained to Perez the call made by the pit wall, as reported by RacingNews365.com: “I spoke with him when he got out of the car. […] It’s always going to be emotive to give up a lead, but he played very much the team game. I think he understood clearly it wasn’t a like-for-like fight, because the pace delta between the strategies was so great.

With temperatures, water temperatures, oil temperatures, a DRS that was intermittently working [on Verstappen’s car], it didn’t make any sense to let them fight, because it was an unfair fight. As it turned out, we had to pit Checo for [fresh tyres to make it to] the end of the race.”

With Monaco coming up already, Perez might have the possibility to snatch his third victory for Red Bull on a track that saw Verstappen dominate in 2021 to leave any bit of disappointment behind: “I think we had a very strong race today, the race pace and management from us was great today and it was important not to make mistakes. Hopefully, we continue this momentum on to Monaco and are strong next weekend too.”