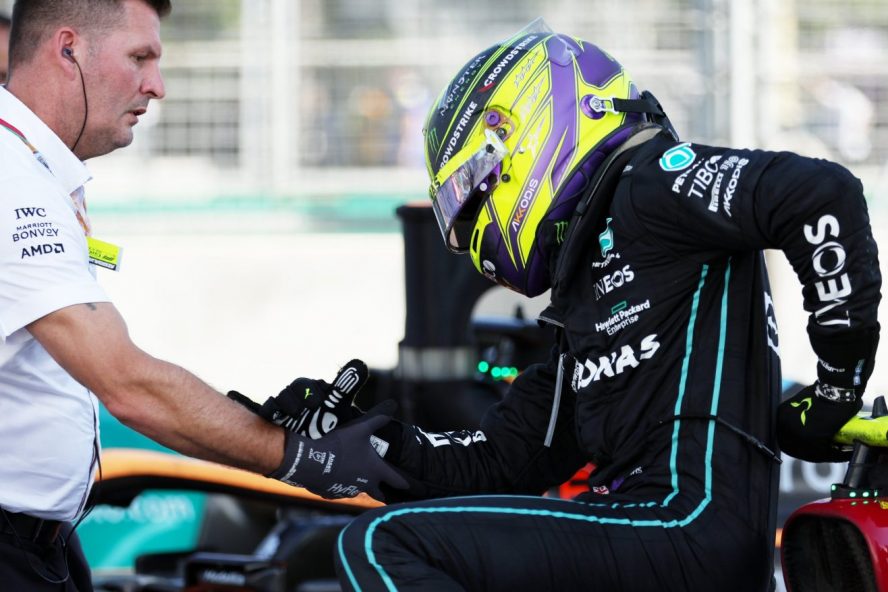 Painful Baku: Why the Grand Prix was full of pain?

There was mental and physical pain that the drivers endured during the Grand Prix.

The Azerbaijan Grand Prix took place this weekend. It was full of positives for Red Bull but painful for other teams.

Baku always delivers on exciting races and this past weekend was no different. Although there weren’t as many crashes as past races have seen, there was more than enough drama.

On the topic of pain, many of the drivers suffered heartbreak and mental pain throughout the weekend. Others suffered physical pain as porpoising issues finally began to take their toll.

The Mental Side of Things

It was Charles Leclerc who was on pole on Sunday. Things were looking great for him, ahead of a decisive weekend in the championship. Things went bad from the getgo when Sergio Perez overtook him into the first corner. Leclerc suffered a big lock-up and all credit to him, he managed to do very well to recover under the circumstances.

Things went from bad to worse when Leclerc suffered an engine failure and had to retire. Leclerc joined teammate Sainz in the pits as he retired earlier with a suspected hydraulic issue.

Leclerc was visibly upset and stated that he was “hurt”.

Leclerc wasn’t the only Ferrari driver suffering. Carlos Sainz said the result was “hard to accept” and team boss, Mattia Binnotto said it was “undoubtedly a bad day”.

Yuki Tsunoda was set to be finishing with a great result. Tsunoda was driving round in P6 until his rear wing just broke. Many pundits were predicting a retirement from the Alpha Tauri team but Tsunoda pitted and went back out.

The hilarious thing was that the mechanics fixed the car with tape and sent him on his way (although it probably wasn’t as funny for Tsunoda). It also wasn’t a laughing matter for the FIA who sent a delegate marching down the pits into the Alpha Tauri garage.

Funniness aside, it must have been painful for Tsunoda who was on for an excellent result, and the team was set for a great points finish.

If a double DNF from Ferrari isn’t bad enough, their engines didn’t have a great weekend in other teams. Kevin Magnussen had to retire due to power unit issues. This must have sent alarm bells to all Ferrari-powered teams, especially as Ferrari doesn’t seem to be understanding the problems.

DNFs are a part of racing as seen on the weekend. For example, Lance Stroll had to retire. Stroll said “it was a shame” but that was all. It was his first DNF of the season. When DNFs are happening time after time, like with Charles Leclerc, or Guanyu Zhou (who retired for the third time), they can become a huge mental strain and a painful source of stress.

It was a weekend of mental pain, but Lewis Hamilton was seen to be in quite a lot of pain. This was because of the severe back pain he suffered during the Grand Prix.

The Mercedes porpoising has been bad in other races and Lewis has been suffering but Baku was next level. The 1.6km long straight proved too much for the Mercedes and the proposing was seriously bad this weekend.

The race was clearly painful for Hamilton to endure as he struggled to exit the car. On an interesting note, Christain Horner isn’t buying it.

Horner said that Mercedes is exaggerating the proposing issues, especially on the radio, to try and encourage the FIA to change some rules, most likely in Mercedes’s favour.